10 years out of European competitions for manipulating 50 matches 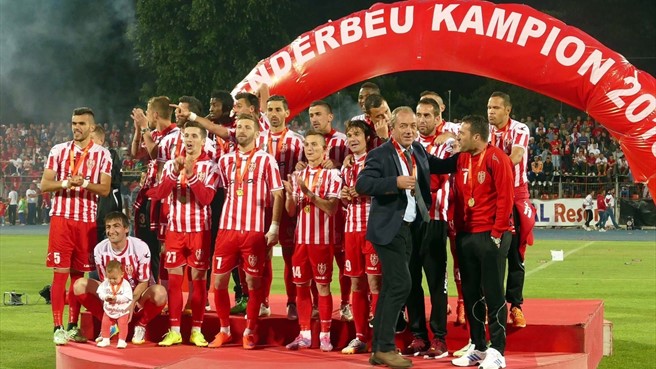 The Ethics Committee and Disciplinary UEFA could have taken the decision to leave 10 years out of European competitions and a fine of 1 million euros to the club Skënderbeu. Albanian club, who has managed to be champion of the Albanian Superliga 6 occasions, I would be accused of rigging a 50 matches.

According to local media published, UEFA inspectors, in a report drafted in February, They accuse the club had adulterated the result of all these parties based on research data Fraud Detection System UEFA Betting (BFDS). further, Always according to these means, inspectors have received death threats not to continue with the investigation.

El presidente del Skanderbeg, Ardjan Takaj, He said to 'Panorama Sport’ your club is clean, that they will appeal this decision before other courts and, Of course, They reject the decision of the UEFA going to the Swiss Federal Court if necessary. Lío sight.

T-shirts prettiest football season 2017-2018
Five stories and anecdotes that leaves us the European Day
The Colombian who 'was' in two world but ... only cromos
the worst game in the world is played
The third round of the Copa del Rey, served
Laliga footballers who have just contract 2019
Ridle Baku, Mainz player, He lived a day that will never forget
AC Milan 1- Málaga 1: Malaga qualified for the second round
The salary cap for Santander League and the League 1,2,3
Pellegrini confirmed to be Malaga, while UEFA will void the sanction to the club