Russia 2018: The press accused them of fat and clarifies the situation in seconds 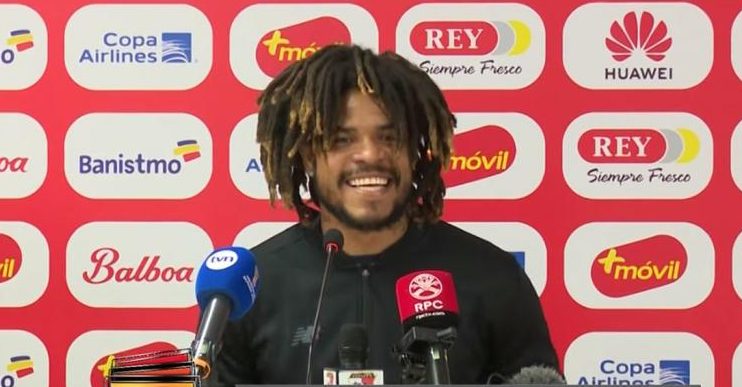 He scored the decisive goal that led to his selection to Russia 2018. With his goal against Costa Rica, Román Torres entered the history of Panamanian football. But nevertheless, it seems that the press doubts about his fitness something that 'Mazinger’ as he is known in his country, clearly he answered without having to say a word.

The player is bulky and high, measure 1,88 and weighs 99 kg. Something that raised doubts about whether it was the ideal weight for a footballer questioning even that could be fat. And it is that Roman is the player with more weight World. Something that does not mean it is just fat.

Given all this, Panamanian footballer Seattle Sounders MLS reacted by taking the situation as a joke and simply replied lifting his shirt and showing that their weight is not just because of excess fat, ending the controversy quickly. Panama debut against Belgium on Monday 18 June at the Stadium Sochi to Fisht 15:00 (Spanish time).

The emotion of Quique Setién after qualifying for Real Betis to play in Europe that could still be ....
Workers know the Cup, the other World
Spanish players who have played more World
New tragedy in football: Found dead a player of FC Tours
duck, the most expensive signing of Brazilian football, al Corinthians
Several second division teams interested in Ruben Castro
The best memes on the bust of Cristiano Ronaldo
Pablo Fornals faints and gives the scare in the Villarreal-Athletic
The great gesture of Mauricio Pochettino Mason, the player who fractured his skull
Atletico Madrid beats Real Madrid's Copa del Rey in overtime