elvir Baljic, one of the worst signings in the history of Real Madrid 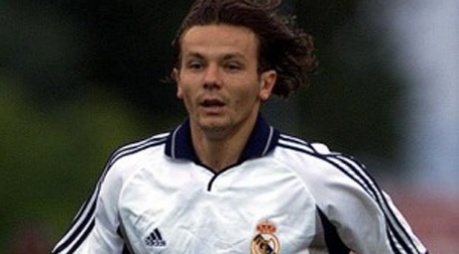 elvir Baljic is one of the worst signings in the history of Real Madrid. This football player born in Sarajevo, Bosnia-Herzegovina, a 8 July 1974 He came to the tune of 3500 million pesetas to Real Madrid in the summer of 1999, Turkish football from under the moniker “The Balkan Rivaldo”. Unknown to everyone, the exaggerated price of his transfer press and fans surprised.

After a slack season coaching change included, where Real Madrid at the hands of John Toshack had reached second place after a last good games, Lorenzo Sanz white president at that time, He decided to start a revolution by empowering the Welsh technician to draw up the white template. The surprise came when the giant of world football players began to arrive unknown and poor curriculum as Congo (who never would wear the shirt of Real Madrid), Geremi or self elvir Baljic.

Bosnian, He had been sold as a crack of world football in a clever marketing campaign that got to play in one of the most powerful teams in the world a player who had done nothing in the world of football over by an exaggerated amount . And is that 3500 million old pesetas, were many pesetas. 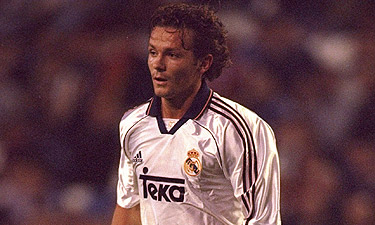 Elvir Baljić cost nothing more and nothing less than 3500 million pesetas. PHOTO:As

His contribution as low as irrelevant

Right and true, It is that statistics say otherwise. They just 15 parties with more pain than glory and torn ligaments that stood apart the rest of the season. It was loaned to Turkish Fenherbace and then returned to be loaned to Rayo Vallecano where he was unable to make the site, confirming that their level was far from what they had sold him to Lorenzo Sanz.

Rayo Vallecano, his baggage remained in 11 games and ended up being substitute. After, confirming a ruinous operation for Real Madrid, he returned to Turkey to finish his football roaming, the same place where he had come to Madrid and where surely better appreciate their supposed qualities. Then he retired and went on to record an album of music. Quite a crack. He was still in the template who won the Champions 1999-00. 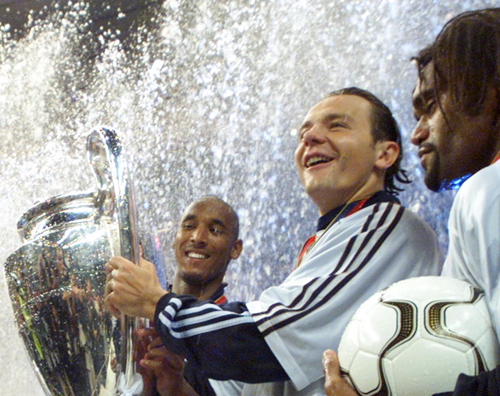 Despite having a token presence, Baljic won the Champions League 2000. PHOTO:As

Much to his regret, elvir Baljic, It is possibly one of the worst players who have gone through the history of the Spanish League, for their performance on the field but above all for its value. Perhaps if it had not been a scam of this magnitude it would have spent much unnoticed.

PD: musical skills are not lost elvir Baljic as a singer in the video below, not wasted.