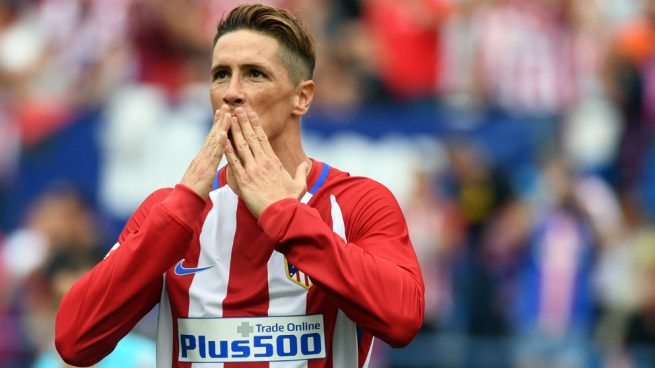 Fernando Torres will leave Atletico at the end of season (Photo: okdiario)

It's official. This has been done to know the front and icon Atletico Madrid, Fernando Torres. The Spanish player has announced he will leave Atletico at the end of the season after 10 years at the club he loves.

“It has not been an easy decision, I felt obliged to tell the fans. There was a good time, because we always have a more important game than the previous, but this is a message to the fans. We have a month and a bit together”. He said the attacker.

Fernando is one of the great players in the history of the mattress set, having played 393 games scoring 126 goals. But nevertheless, competition is still ahead and the player is focused on trying to get more lift a title before leaving the entity rojiblanca: “Say nice things have a beginning and an end. The principle was many years ago and by the end there is little. The fans are with the team and reach the final lifting a trophy”.

Torres said he has no deal today and does not know which team or what league play next year, but nevertheless, He thinks that still is here to stay and wants to keep playing and scoring goals. We will see what will be your next destination.