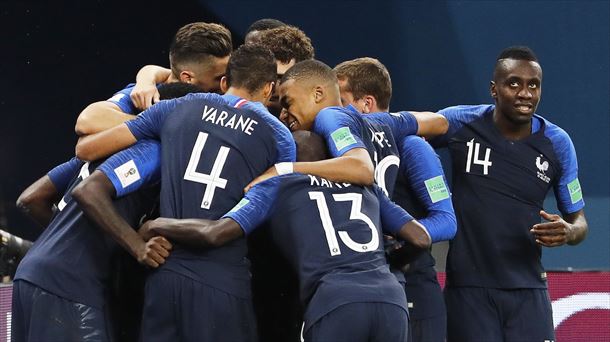 World's over Russia 2018 and Germany already has successor. France got its second star after winning the surprising Croatia in the final of the World Cup in a final fraught with goals (4-2). Zidane, Small, Trezeguet, Lizarazu, Thuram, Desailly, Karembeu and now world champion as coach, Didier Deschamps among others, and they have substitutes.

The generation of Griezmann, Mbappé, Pogba, Umtiti. Kanté, Matuidi, Lucas Hernández, Lloris and many others, They have managed to return a World Cup to French writing and his name twice in World Cup history. Perhaps it was not the best played by stages of the tournament but certainly, if they were the best. Croatia stood up and much of the final was better and deserved more but the punch of the French ended the hopes of the Balkan.

And it does beating some records as the young Mbappé that just 19 years, and is the youngest player to score in a World Cup or the second French player under 20 years that has scored more goals in a World Cup behind only Pele O`Rei. Also his coach, Didier Deschamps, who already he succeeded as a player ago 20 years and two decades later get it back as coach.

A generation that two years ago was already close to winning the European Championship to be held in their own country and to which only managed to knock down Portugal in extra time of the final. Now the champions and defend their championship title to Qatar in 2022.