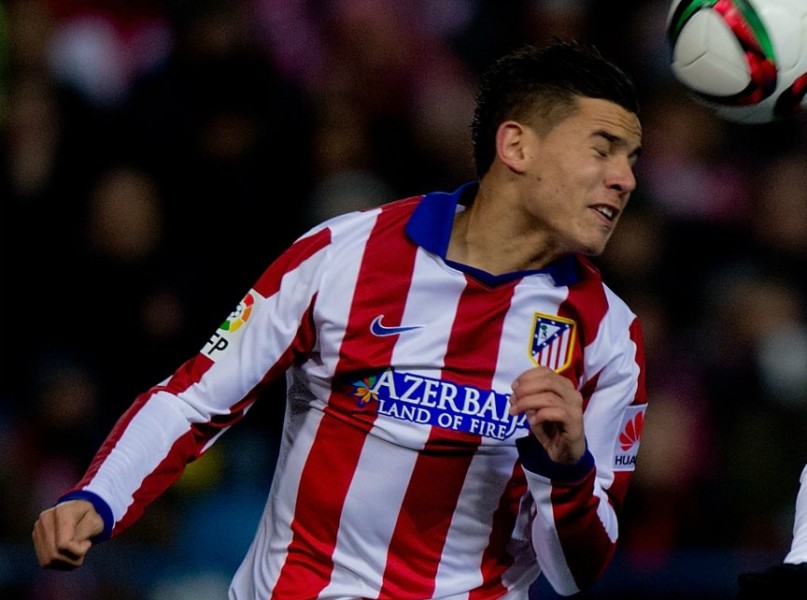 Lucas Hernández on an image of a match with Atletico Madrid.

The news on Friday 3 February 2017 is none other than the arrest of Atletico de Madrid, Lucas Hernandez and arraignment for alleged mistreatment of her partner. Hernandez was arrested at dawn 2 al 3 at his home in the residential area of ​​Las Rozas (Madrid) by the local police, after her partner called the police to report an assault.

According to investigative sources, his partner was also arrested but released hours later. Not the player who went before the judge after being held for hours. Player 20 years is accused of abuse. Although he born in Marseille, France, Lucas Hernández and his brother Theo, They lead from very small in the quarry of Atletico Madrid. His father played for Rayo Vallecano and Atletico Madrid itself in the late 90 and early this century.

LFP president turned up the matter and stated that ” If you have thus produced the facts, I would not want to be around someone who may have committed an atrocity” in relation to the alleged assault of his girlfriend Lucas Hernández. Unfortunately this is not the first nor the last case of a player with problems with justice. Without going any further we have the recent case of Benzema and these many cases you can read here, with renowned players involved in trouble with the law.

What can be the role of Spain in the World Cup in Brazil?
Sullery Muntari: "I will not answer wrong because you're a woman"
A Kanté was embarrassed to ask for a photo Cup
Candidates to win the UEFA Europa League
MLS: The first derby in the history of Los Angeles will have Mexican flavor
Five stories and anecdotes that leaves us the European Day
Why not equilibrate categories in youth football?
Barca gets the fifth in Vallecas, Valencia stumbles
Bradford 0 Swansea 5: the "Spanish" Michael Laudrup Swansea wins first title
Players who are or are free in this summer market