Peter Rufai, the player who was prince 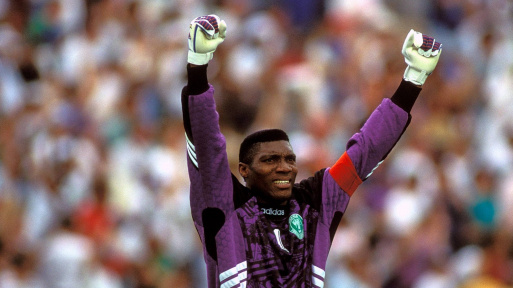 Peter Rufai, the doorman prince who did not want to rule. PHOTO: Transfermarkt

Peter Rufai was the player who was prince. the circumstance occurred during the decade of the 90's, He played in the Spanish League player blue blood. It was about Peter Rufai, Nigerian goalkeeper who played Hercules Alicante season 1996/97 and Deportivo La Coruna from 1997 until 1999.

Peter Rufai, the goalkeeper prince who went through the Spanish League

As if it were the script of the mythical and classic film of the 80’s, “ethe Príncipe de Zamunda“, starring Eddy Murphy, Rufai was an Idimu prince in Nigeria, something like a prince of a Spanish province. further. it was a box of surprises because he spoke five languages, He had a Master's degree in computer science and another in business management, so he had high-level training. But despite this, chose the path of the 3 sticks and a career as a footballer in Europe.

Belgian football signed from the Hercules of Alicante in the season 1996-97, the baptized as ‘The League of Stars‘ the year in which the Alicante club returned to the elite of Spanish football almost a decade later. The step of Peter Rufai by the Alicante team it was as ephemeral as the passage of Hercules himself through the First Division. Just 1 year lasted the Nigerian in Alicante and the set of Ricó Pérez in the highest category.

Despite not participating much, the Deportivo de la Coruña, at that time one of the roosters of Spain and Europe, He chose to sign him to be the substitute for Jaques Songo’s or one of the best African goalkeepers in League history. He spent two years in A Coruña, until 1999, when you decided to try outside of Spain. He went to the Portuguese Gl Vicente where his career ended in the year 2000.

League did not play much, but the prince played two World Cup and Africa. surprisingly, was cited as the third goalkeeper for the USA World Cup 1994 where also, curiously the others 2 Goalkeepers suffered an injury that ended up lifting a Peter Rufai what with 29 years, disputed the first of his football appointments. How could it be otherwise, the curious thing about the circumstances that led him to start in that World Cup and his royal blood, they sparked certain speculations that it had been imposed by influences from his family. 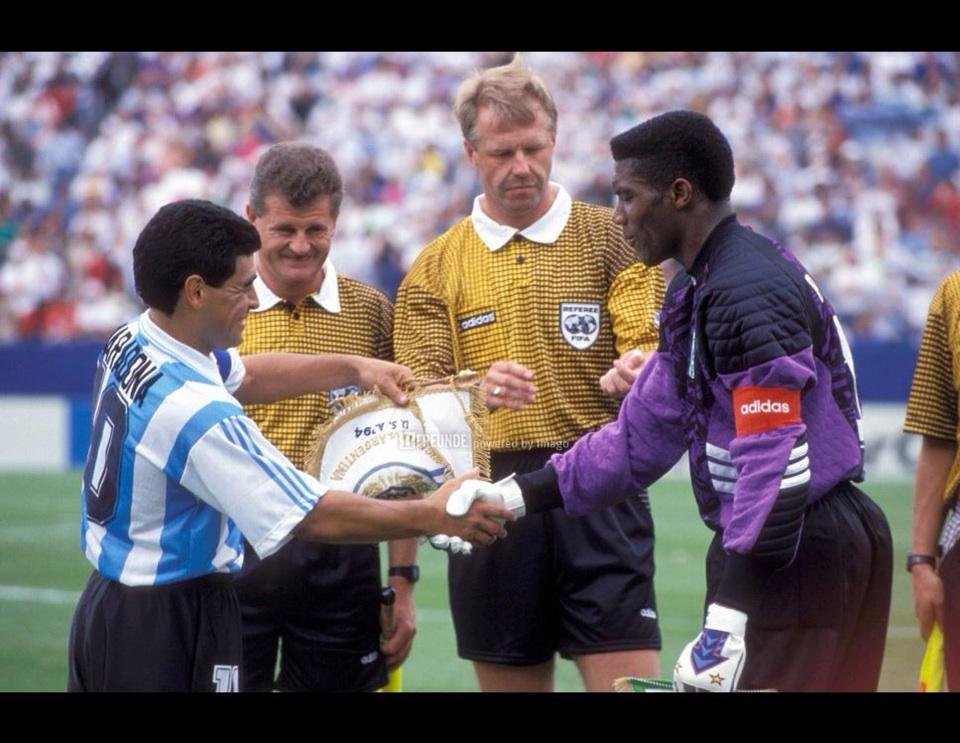 Peter Rufai, the goalkeeper who was a prince with Diego Armando Maradona in the USA World Cup 1994. PHOTO: Sportsvillagesquare

A family, who disagreed with Rufai's choice to choose a footballer's career rather than occupy his throne as king. “My family doesn't like soccer, they want me back, but I do not want to live surrounded by bodyguards with a fortune that I have not earned with my work” O “To be a king I need the strength of a lion that I don't have” were some of his statements about its real origin.

So it was, he settled in Spain and gave up his life as king in Nigeria. Either way,defended the Nigerian goal in 65 but certainly matches, there will always be the anecdote that a real soccer player went through professional soccer.

In Venezuela, a referee refuses to have a minute's silence and the players comply with it for their cause..
The best pictures of the year 2013
Sebastian Deisler, another crack that stayed on the road
The best players in Italian history
Continuing crisis of Valencia CF
The miracle of Iceland, real heroes in your country
Zinedine Zidane, definitely one of the best players ever
Disappointments in Brazil 2014
Swansea City: plus "spanish" never
Gilmar, the best Brazilian goalkeeper in history