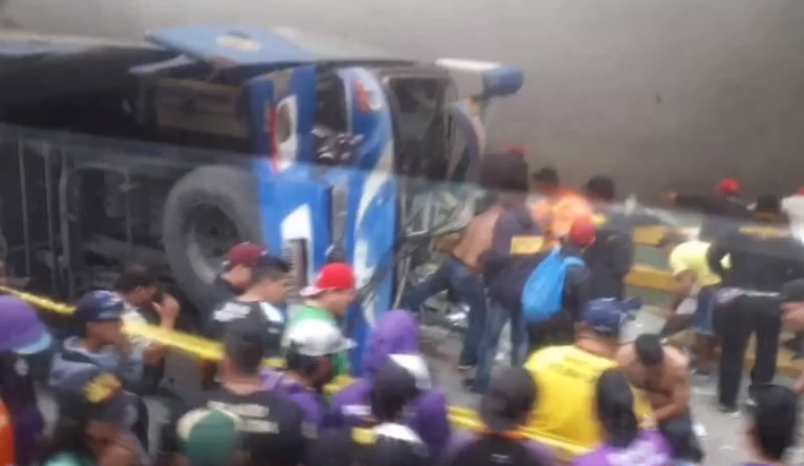 The terrible news that comes from Ecuador. A bus carrying fans of Barcelona Sporting Club of Ecuador to the city of Guayaquil after a match that his team had played against Deportivo Cuenca, It resulted uneven with the result of several fatalities.

Apparently, according to local media, the vehicle lost its brakes and crashed into a bridge over. The tragedy occurred in the area Cuenca-Molleturo Km 55. According to these means displaced to the area, for the time would have eight dead and about 25 wounded.

Through official channels and through social networks, Barcelona Sporting Club, She showed their grief and solidarity for the accident that ended the lives of several of his followers returning from watching the game from his team.

The Seedorf face to face with Depor fans after the match in Butarque
The death of a fan and electrical problems
World Mascot 2014 comes on stage
Lightning tab the first Chinese League history
League incorporates 9 Saudi players assigned to the 30 of June
Monaco declares war on the French League
The bitter taste of silver and bronze
Raul De Tomas, one of the most closely watched market players
Pep Guardiola, new coach of Bayern Munich until 2016
Archie Thompson, footballer with FIFA record playing on Regional