Referee assaults player, ejects and ends sanctioned, It occurred in the Nantes-PSG

Posted By: football hungIn: anecdotes, Made in Colgados, NewsNo Comments 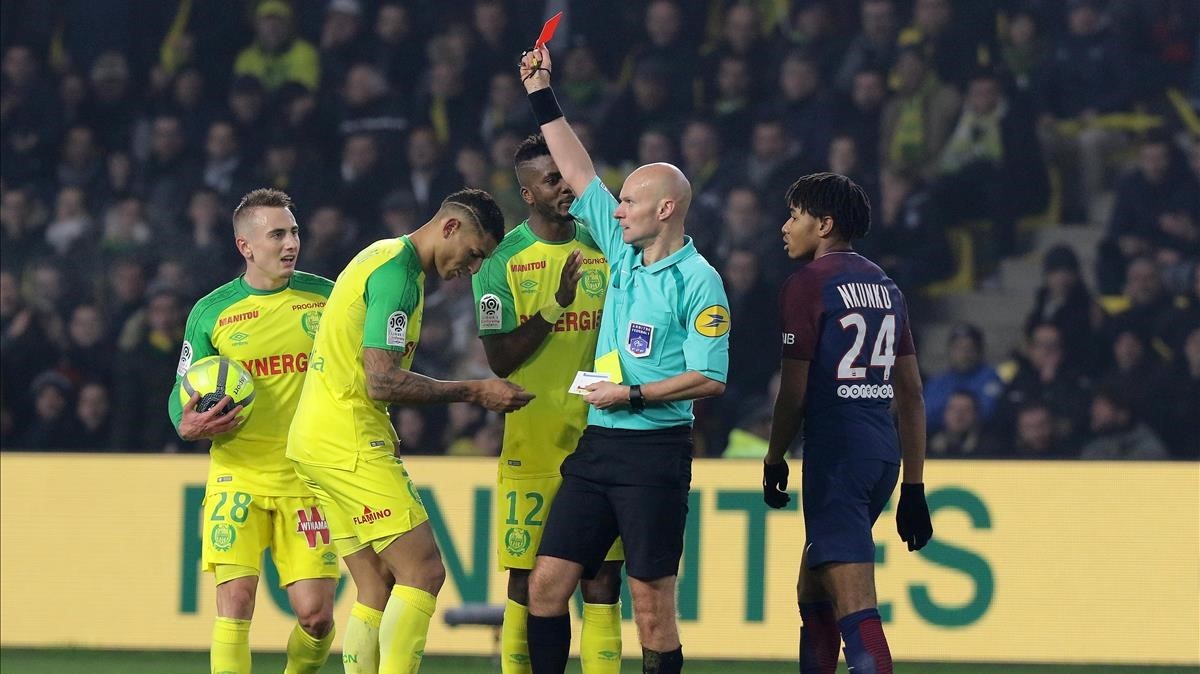 Tony Chapron The referee assaulted a player and then expelled Nantes. Photo: Elperiodico.com

Has undoubtedly been the news last weekend and the protagonist was the French referee Tony Chapron who starred in such an unusual image as peculiar and ridiculous. The player Nantes, Carlos Diego, He collided as he ran a play with Chapron, match referee player facing the local team against PSG. The trencilla fell by shock and starred in the most absurd action of the world. He kicked from the ground to the player and when he berated him for his action, he expelled.

The action images beamed around the world and through RRSS went viral prompting laughter and equally surprised at such a very strange action by a referee of a professional game. Immediately, Technical Management of Arbitration (DTA) of the French Federation he announced that the judge had been suspended “until new order”.