Anelka played in his twelfth team 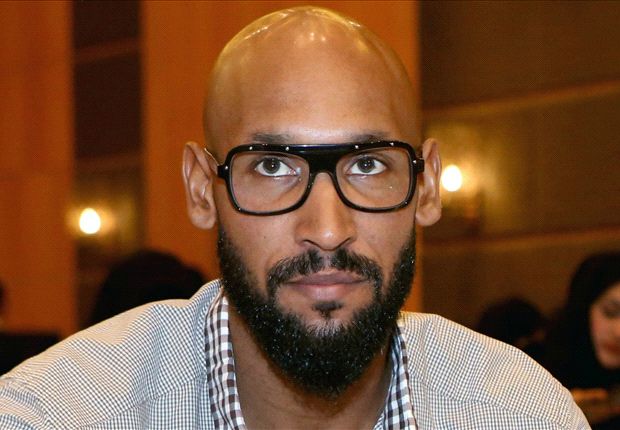 Nicolas Anelka has signed for 12 teams throughout his career. With his arrival at Mumbai City of the Indian Super League, the french striker, signed for the twelfth set of his career. PSG in two stages, Arsenal, Real Madrid, Liverpool, Manchester City, Fenerbahce, Bolton, Chelsea, Shanghai, Juventus and the WBA where he came from in an unorthodox way complete the extensive career of a player who began to emerge when he was almost a child.

It was with Arsene Wenger, in the ranks of Arsenal where he stood out at the end of the 90's. There being practically a teenager, They gave him the label of future world football figure. With 20 years, after his failure with the Real Madrid shirt, it seemed that he was already a failed and sunk player for elite football. In China, won 12 million euros in six months and when it seemed that he was already finished to play football, signed for Juventus with whom he won the Italian League. In his other destinations he did not stand out too much except in London. In April of 2014 He was about to sign for the Brazilian Atlético Mineiro but in the end it did not work. The player has confirmed his arrival at the Indian club on his personal Twitter. 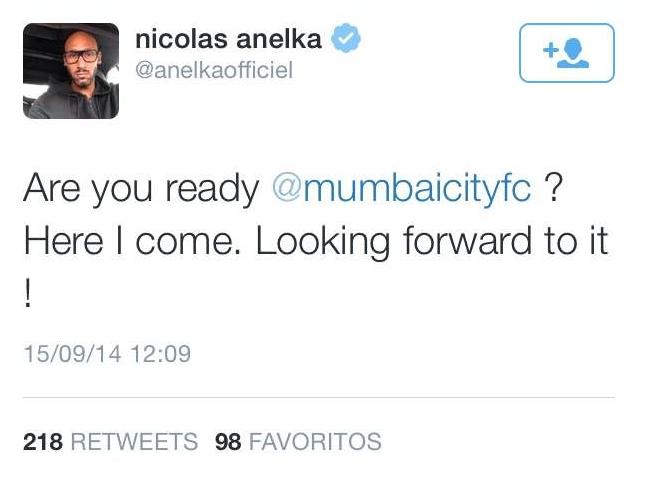 This is how Anelka has announced on her official Twitter her signing for Mumbai City in India.

At Chelsea he seemed to have recovered his football but his failure in the Moscow final and his character cost him a bitter controversy with his coach. In World 2010, he was about to stick with the French coach, Raymon Domenech, that ended with his expulsion from the gala concentration.

Anelka is also on the list of players who have generated the most money with their transfers, only surpassed by Zlatan Ibrahimovic. Total, his twelve team changes have generated a total of 134 millions of euros, certainly a more than respectable amount.

It should also be noted that six of its eleven teams have been from the Premier League. “I think I will finish my career in the Premier and I hope it will be at West Bromwich”, said the French striker the day he signed for the English team. The truth is that it could not have been further from reality. The Frenchman was fired from the club after celebrating a goal with a controversial anti-Semitic gesture that cost him a harsh penalty from the Premier, the criticism of the fans and finally the letter of dismissal. With his arrival at the Indian tournament where he will coincide with other old glories such as Del Piero or Trezeguet. If you are interested, continue reading, We present the list of players who have changed clubs the most times. 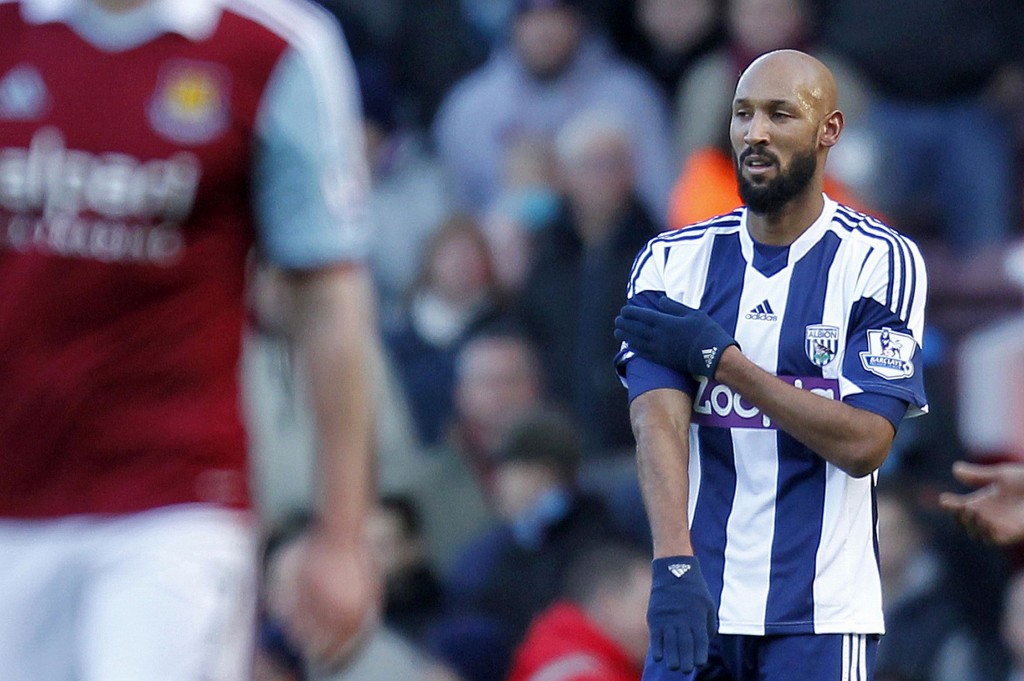 This gesture cost Anelka the dismissal of the WBA.

Casillas or Diego Lopez, Who should be the holder Real Madrid goalkeeper?
The classic bottles, Madrid-Barcelona rivalry taken to extremes
The most controversial coaches in football history
Rayo Vallecano reinvents itself every summer
A fan of Boca attempts suicide after the match between Boca Juniors and River Plate
Jürgen Locadia, the new star of Dutch football
The most controversial coaches in football history
Wayne Rooney could leave Manchester United and join Chelsea
Vladan Lukic: European champion a soldier in the war
Knows where to download the app from Bet365