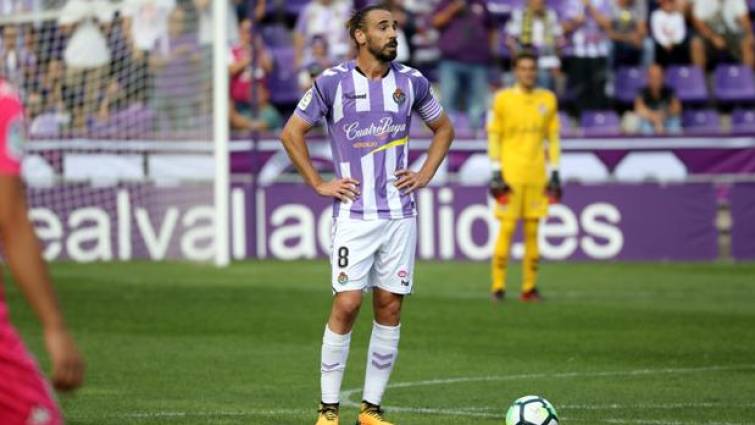 Borja Fernández has been arrested for alleged a plot of amaños. PHOTO: The reason

Pump has been sports news of the day. The National Police have arrested several players in the league for alleged amaños. Between League players arrested would the former Real Madrid among others, Raul Bravo as alleged ringleader of this criminal organization, a Borja Fernandez, Samu Size (different media discarded detention), Carlos Aranda e Iñigo López Mountain. Also they have been arrested Agustin Lasosa Huesca president and head of medical services of the Aragonese entity.

Apparently, They were allegedly engaged in match-fixing in First and Second

supposedly, engaged in match-fixing both first and second, thus obtaining economic benefits through sports betting. 'The Newspaper‘ meanwhile, He says that it is match-fixing belonging to the seasons 2016-17 Y 2017-18.

According ‘Cadena SER‘, the operation is carried out in a joint operation between UDEV (Specialist Crime Unit and Violenta), the magistrate No. 5 Huesca and the Anti-Corruption Prosecutor. ‘Aragon Radio‘ meanwhile, reported that the headquarters SD Huesca was being operated and registered by the National Police.

The agency 'EFE’ It is reported that according to police sources, all detainees are accused belonging to a criminal organization, private corruption and money laundering. The National Police would be developing this operation 4 provinces (Madrid, Huesca, Valladolida and Malaga).

Meanwhile, the president of the LFP, Javier Tebas, I affirm that: “For over a year we can count esto.No nadaporque there is a gag order and police are doing their job”

UEFA approve the fourth change in all competitions under his command
A Kanté was embarrassed to ask for a photo Cup
The selection of Saudi Arabia did not observe minute of silence for the victims of the bombing of London
Romanian coach throws a stretcher to the field
Spanish teams more international titles
The "beast" Hulk signed for Zenit
Zidane leaving the Real Madrid
3.000 `Orelluts' move to Valencia to encourage a CD Castellón Third Party
Sahin returns on loan to Borussia Dortmund
La Champions League, the dream of any footballer