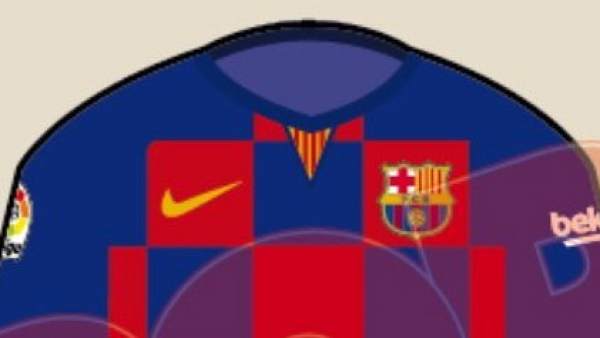 according Sport, this will be the Barcelona shirt 19-20. PHOTO: Sport

according to account Sport, there will be no vertical line on the Barcelona shirt 2019-20. At the front of the shirt, there will be a dozen blue squares combined with another dozen square in grana in a design that keeping distances, It will resemble that of Croatia.

Abramovich alignment imposed at Chelsea
The Euro 2020 in several European cities
Formentera SD card to a striker in Serie A
Monchi charge against arbitration: "It was scandalous"
Five stories and anecdotes that leaves us the European Day
It is suspended Spanish Laliga!
Ricardo Lopez becomes the oldest professional player to play a league match
"If everyone believed Maradona, football will be filled with fat"
The signings of late summer market
Barcelona prevails in Tangier with a goal of Dembelé