Drawn in Group B also appears Chile. The other “day”, the “Red South America will seek to qualify for the second round four after doing so in South Africa, Also in Group of Spain, only this time with Australia and the Netherlands as traveling companions. Directed by Argentine Jorge Sampaoli, the Chilean team is hopeful all. Not rule her fall in first round, or seeing her in the quarterfinals, however difficult it may seem.

The reason is none other than the excellent crop of players who meets. Humberto Suazo, Gary Medel, Edu Vargas, Claudio Bravo, but mostly, Arturo Vidal and Alexis Sanchez are a team full of individualities yet, He makes the group strong. Because Chile will be in Brazil a selection you press and suffocate rival, to play the counterattack and not shun the melee. And if that was not enough, It has the luck to be very goal.

Ranked third in the South American qualifying group, Chile has many options to do well if he can solve their development problems that sometimes makes you block him against inferior opponents. And it is that Sampaoli are accustomed to go to the counter and not always this will be possible in Brazil, especially against Australia.

The star will Alexis Sanchez. The “wonder child” will participate for the second time in a World Cup and will do so after having made a 2013 low to high and a promising start to the year 2014. Of course it's not just Alexis, Arturo Vidal is one of the best football SUVs, a luxury that any country would give anything to have.

Among such virtue, Spain and the Netherlands have reasons to walk concerned, although if logic prevails the two European teams should be imposed on the South American table. 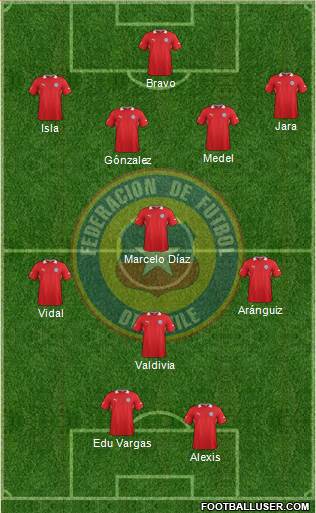 Jorge Sampaoli is another Argentine coach in a country that claims to have had on his stool nothing more or less than six albicelestes technicians and since 2007 not even have one national. Sampaoli is Bielsa School, pressure and quick exit, relentless pursuit of the goal.

Another crazy football that counts among its best anecdotes that in 1996 I saw him run a match with Alumini atop a tree since it was not allowed to enter the field. An image to remember to accompany you for the rest of his career.