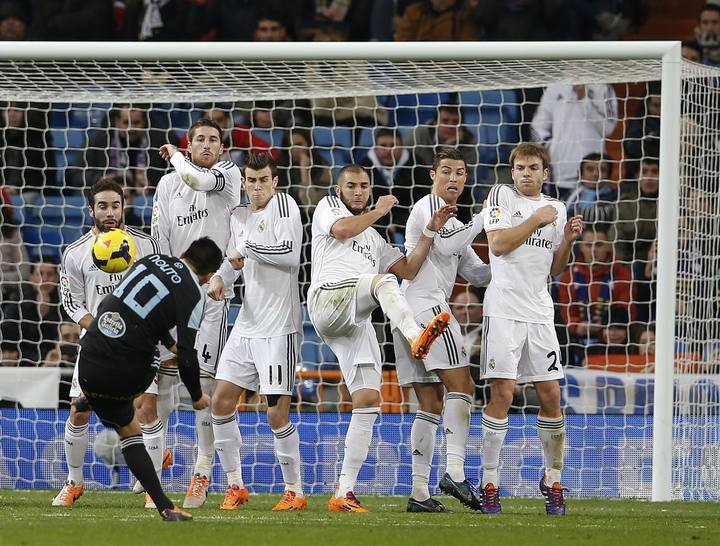 The Spanish League is considered the best in the world. Nevertheless, in all the national media, practically only they have minutes to talk about the two giants of Spanish football. Many programs, of dubious quality, filling hours all week talking about the same topics, some pretty uninformed. As here, in Colgados for football we like that, football, you talk about five players that other Spanish Liga and there is also rife with talent.

If we talk about Manuel Agudo Durán, many of you would wonder who is. If instead we say Nolito, good football fans relate it immediately. Born in Sanlucar de Barrameda 1986, the player now Celta is one of the players with more quality and talent of the Spanish League. He stressed the subsidiary Barca who joined and being somewhat larger and highlighted in 2008 after a modest career by the Andalusian football. Benfica noticed him and signed him then transfer it to Granda and Celta Vigo where he is uncovering his best football elite.

Paco Alcacer is one of those players that talent base and having overcome several adversities like the death of his father on the same day that marked his first goal in Mestalla in a friendly match against Roma, It has been demonstrated its true worth. This Valencia striker, born in 1993, has the goal between his eyebrows but its explosion in the First Division has come from the hand of Juan Antonio Pizzi, a technician who knows his craft well drilling rival networks and Alcacer saw Djukic conditions found almost ignore. International in all categories of the Spanish team, He was last season at Getafe and is now one of the front of the moment. 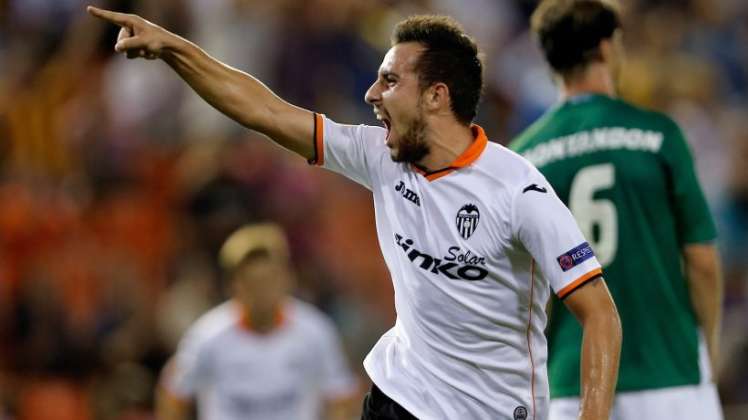 Paco Alcacer has finally exploded with the shirt of Valencia.

Born midfielder 1984 in Artana, a town of Castellón, It is the compass of Villarreal. Tour player, It has a very good technique and is possibly one of the best Spanish midfielders fact that led him to become international after being summoned by Del Bosque 2010. His stay at Villarreal despite the decline 2012 Second year and perhaps hurt him but after the return of Castellon club in just one year, It has become unclog as one of the best in his position.

Catalan Osasuna striker has uncovered one of the “Killers” Spanish Primera Division. Born in 1986, I had to carve out a career fire fields Second Division before making the jump to First. It began in the subsidiary Barca to go through Celta, Cordoba and Alcorcón, all in the silver division at that time. With a flawless finish head and shot between the eyes, is the top scorer set Navarre. A forward it continues this way, not be exempt from brides in the near future.

Levante midfielder is one of those players whose curriculum is full of great teams. Since 2002 Besides the set granota, He has played in Auxerre, Valencia ( the doublet), Liverpool, Juventus, PSG y Fiorentina. Almost nothing. When it seemed that his star had faded with just 29 years, Levante has recovered for the elite but not before a controversial no move to Valladolid in the past winter market. Strong, with an important air and quality when playing the ball, still out something short of shooting but every minute you have completed so far with the shirt of Valencia team have been very good to the point that they want to keep for next season. The player said that wants to be one of the best in his position in the world. Conditions not lacking. 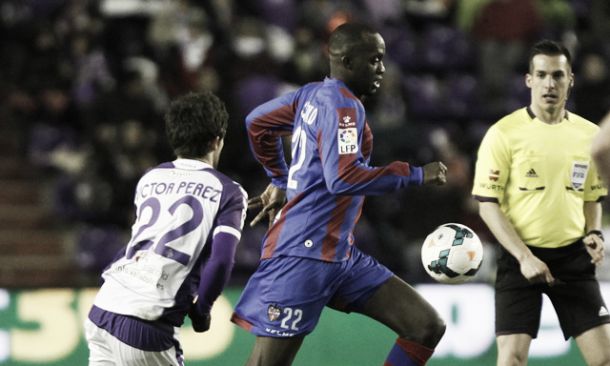 Momo Sissoko is leaving a good feeling in the Levant.