Five players who were expelled the day of his debut

Argentina set a record nothing more debut at Valencia. The bad, It is that it was a record of the most negative. Paul was just a minute on the lawn of the Sanchez Pizjuan before they drop the hand in a play with Aleix Vidal, He is hitting in the face of Sevilla player and causing a wound on his face ostentatious. It was the first time he touched the ball. Of course, to that it is you can call debuting on the wrong foot.

Woodgate joined Real Madrid 21 August 2004 and he debuted in party official 23 September 2005, Thirteen months after his millionaire signing and after an ordeal of injuries. Over, He did the worst luck in the world. In its first official match he was scored a goal into his own net as all the players in this list, He debuted with expulsion. 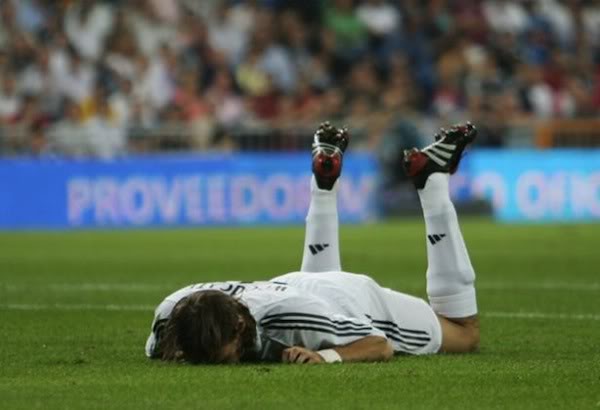 Woodgate's debut for Real Madrid was like passing through the white club. Disastrous.

Another Valencia player made history by debuting foot changed. In 1997, He joined the club of Mestalla, in which it would be for a decade. But nevertheless, the day of his debut, nothing seemed to indicate that his career defending the shirt of Valencia would last much and would be accompanied by success. He played his first minutes against Barcelona and was sent off after a nasty tackle to Figo, when the Portuguese defended the Barca zamarra.

The “Pirate” He debuted with Getafe 2007 in a match against Espanyol. Your debut, It lasted exactly four minutes, the time it took to see the path of the locker room in what was at the time and even the action of De Paul, the fastest expulsion of a Spanish League debutants.

Ersen Martin Turkish arrived at Recreativo Huelva 2007 but he could not debut for various reasons until February 2008, against Sevilla. Passing through the field on the day of its debut was testimonial because within minutes of being in the countryside saw a straight red for a ticket to the Danish Poulsen. Another covered debut of glory certainly. 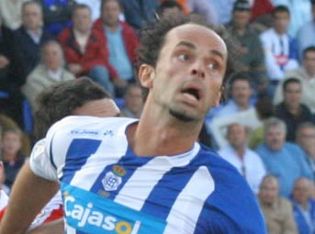 Ersen Martin was sent off on his debut against Recreativo.

Johan Cruyff revolutionized the concept of the existing football
Advantages and disadvantages of a World Cup with 40 selections
Sivori, aufgeteili a myth entre Argentina and Italy
The 10 most expensive signings of the Chinese Super League
Five moments in the history of Classic
The dimensions of all football fields First
Five of the worst signings in the history of the league in the winter
The ten most valuable clubs in the world 2016
Five players far removed from the current stereotype
You should sell the Barcelona Messi?