The Regiomontano Classic is one of the greatest rivalries in the world. Tigres Monterrey and often compete to see who season after season the best team in the major Mexican city. One for fans, for followers of other, in Colgados for football we give five reasons to be one or the other and for those who do not ye to decantaros by one team or another:

1- For the fans: because it is the best, the most spirited, the loudest, definitely, Incomparable. Able to put 25.000 Stage employed persons, none is like it, not even Striped.

2- Because it is easy to be the Monterrey, but Tiger. Because being Incomparable has more value, It is to be braver and more enjoyable. And because above does best game.

3- Because it is the friendliest club, not only in Mexico, but around the world. Say you're Tiger, ie you're a nice squad, passionate, enjoying a passion: football.

4- Because Tigres is the village team, which it does not belong to the affluent areas. That is to say, that of most people, which truly represents the largest social class city.

5- Because Tigers have a North American SuperLiga, Monterrey thing you'll ever have. 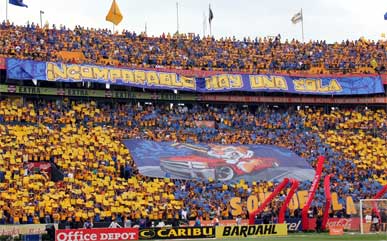 Tiger Stadium is larger than that of Monterrey, moment.

1- For the fans: because if we say that Tiger is good and can do “feline invasions”, the Striped able to cram 20.000 spectators in training to encourage players.

2- palmares: 4 Suspenders, 1 Mexico Cup and 3 CONCACAF Champions League that have served among other things to be the third best team in the world in a Mundialito Club. tigers, or dream it is, nor will it be.

3- by history, for international recognition and great ambassador for the city. Because if one abroad or Europe says Monterrey is a city represents. Because if he says he is Tiger, It seems to be representing some animals.

4- Because he has won more classics Tigers: 40 by 36 in the 107 parties that have seen the faces, either officially or friendly.

5- Because it is older and before they were born tigers, they were already scratched. Plus, They have the prettiest girls, as can be seen. 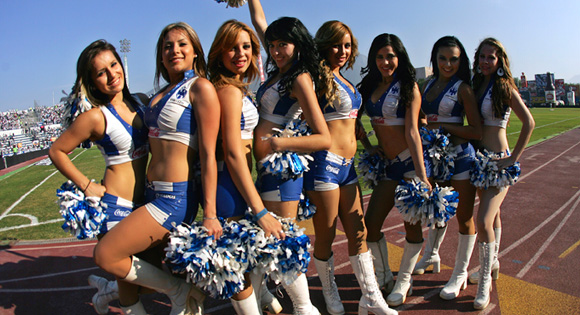 Europe say that Rayados girls are prettier than those of Tigers, Is it true?

Either way, Congratulations to both to constitute one of the most beautiful rivalries in the world.

Players who only played in a club: One Club Man
All data Champions 2015/16
Players who won many titles without playing practically nothing
Ferenc Puskas: Cañoncito Five Five
Spanish teams more international titles
Colgados interviews: Juan Ferrando, one of the most promising coaches in Spain
Five fights in a football field
Valencia chaos: 7 coaches 4 seasons
Who will win the Confederations Cup? Tournament favorites and forecast
The player who drank whiskey while negotiating his signing