If there is a debate in the world of football is this XXI century, Messi vs Cristiano Ronaldo. Each, Argentine and Portuguese, have vast legion of fans as well as everything in life, detractors, that turn the debate into a dialectical duel. The truth is that both are different and normal, would both enjoy the game and so many great footballers who play today in the small world of professional football.

The numbers and details Leo Messi vs Cristiano Ronaldo

In the end, everything is reflected in numbers and data, thus, this infographic, we will try to reel off because both, they are real phenomena. 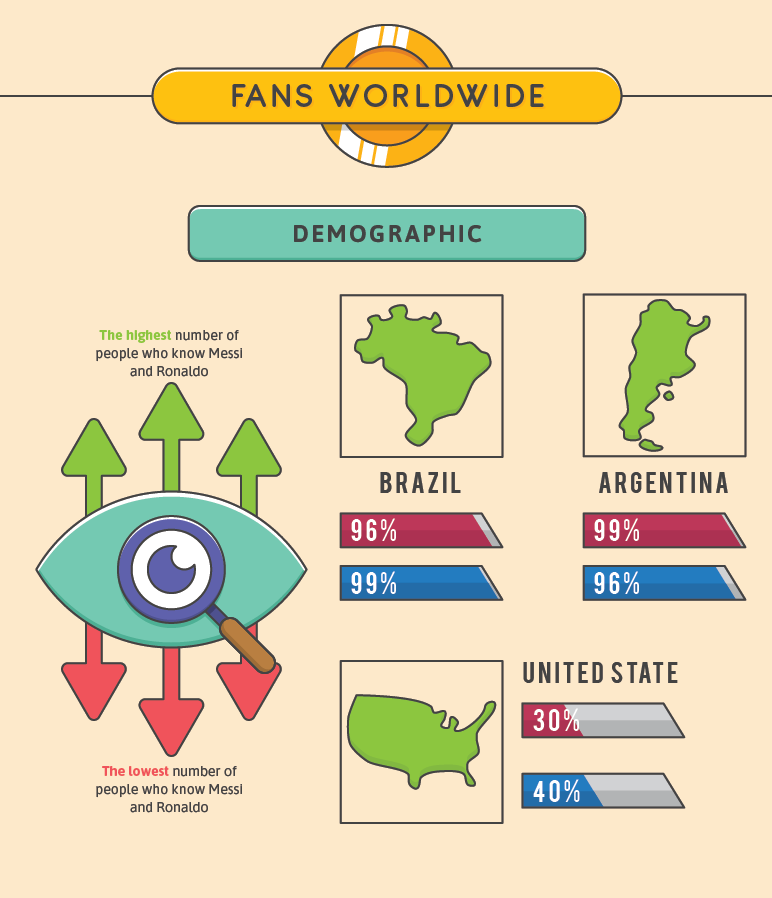 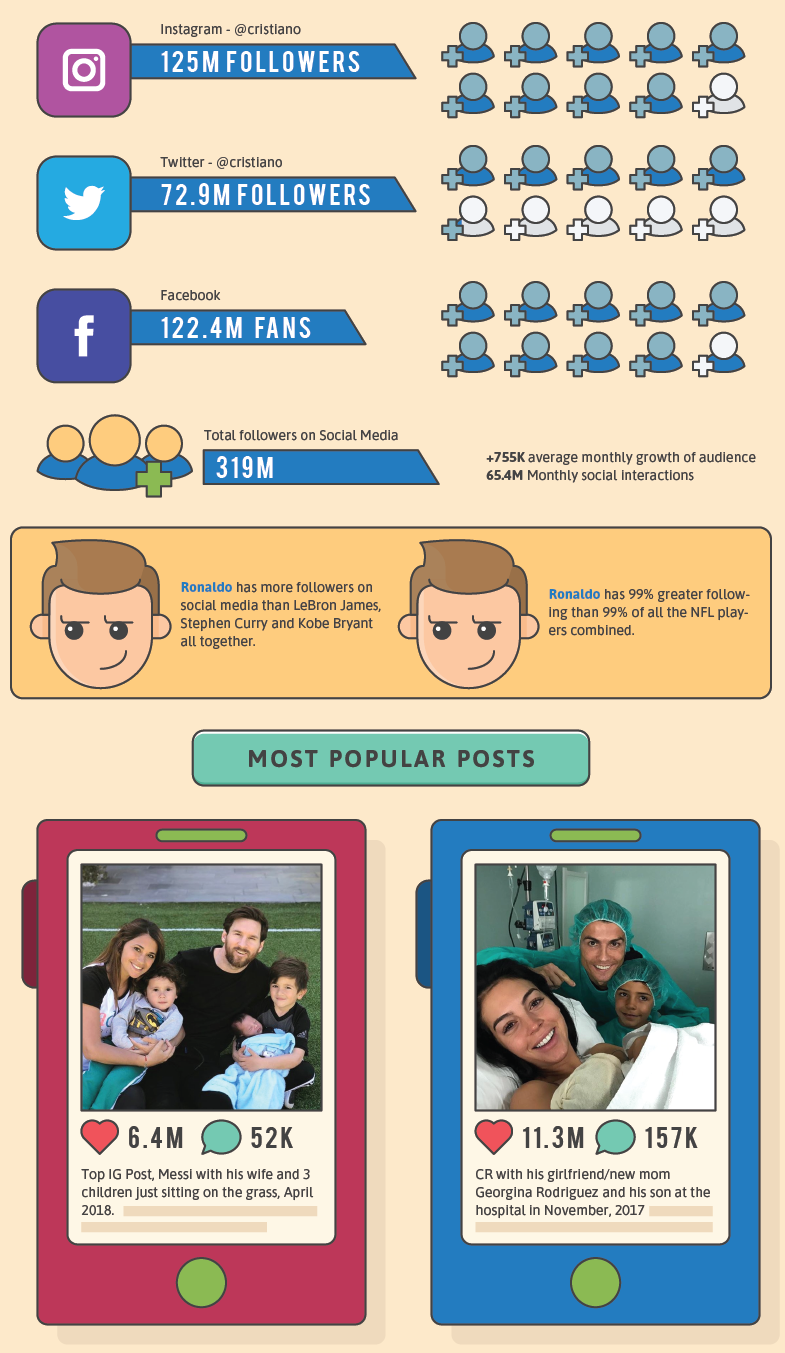 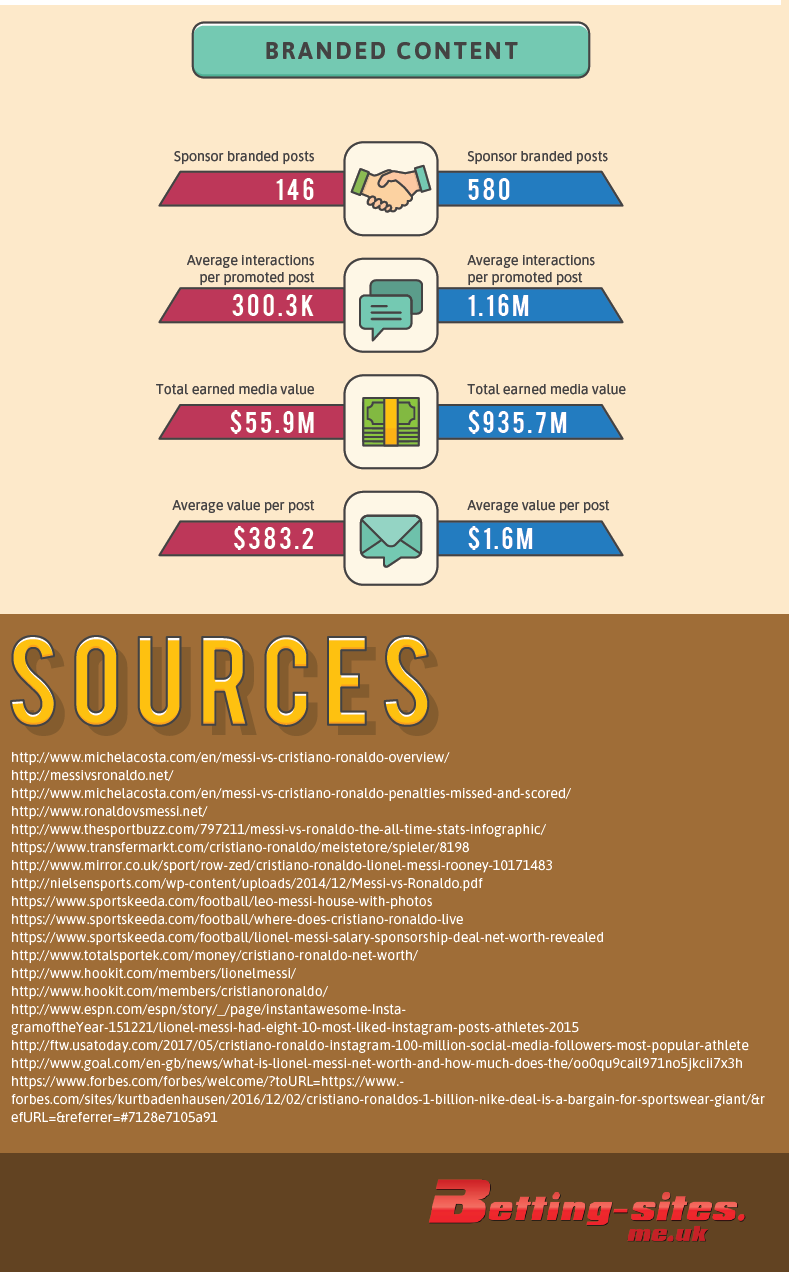