What has been the best player in the history of Valencia? 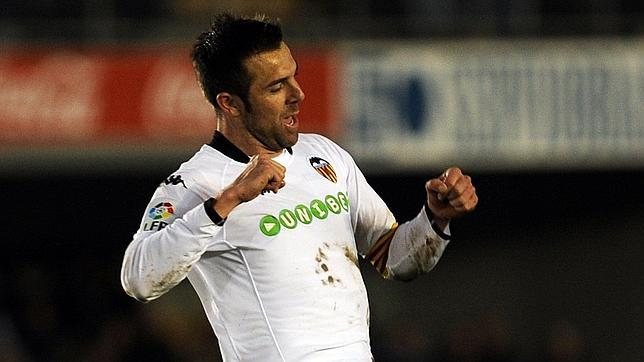 In 1919, Valencia CF saw the light. I did at a time when Real Madrid and Barcelona already existed and where Athletic Bilbao and Atletico Madrid fought hard for the biggest title of team Spain. There was the League and Cup was the only tournament where you can face the best teams of the peninsula. 94 years later, great team that now has under his belt two finals of Champions, 1 Recopa and 3 UEFA Cups or Trade, along with a European super-six leagues and seven bowls of the King.

Many successes that have contributed their great players. In them, precisely we stop. In Hanged For Football, we look at the top ten players in the history blanquinegra:

1- Mario Kempes: the matador, the architect of the greatest man in history title of Valencia, Cup Winners' Cup 1980. Halved seven seasons and stages 149 goals. A myth that managed to be top scorer in the Spanish League twice and take the name of Valencia at the top of the international scene. 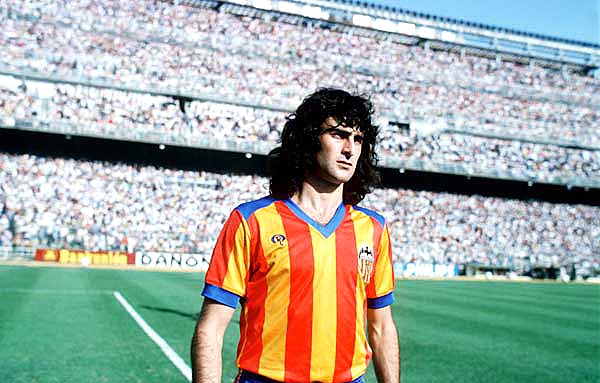 Kempes was the protagonist of the Cup Winners' Cup 1980.

2- Gaizka Mendieta: the player who led Valencia to live their best stage in the late 90 and early 2000. Infallible from the penalty spot was the team bat for a long time. Six that she stood by her coldness, its ability to send long balls and scoring ability. 59 goals in 305 matches, including the Atletico goal in the Cup final 1999, Basque leaves an unforgettable taste of the Valencian parish.

3- Claudio Piojo Lopez: the bullet man. Their careers were made contrary door anthologies, taking advantage of deep passes Gerard, Farinós, Louse or Angle. Adrian Ilie front shared with, but it was the Argentine who unleashed nightmares rivals, especially Barcelona who scored 12 of the 74 so many that marked with their number 7 in more than 150 meetings. Four full seasons where titles and stardom peppered him.

4- Predrag Mitjatovic: three outstanding seasons, on his way to being the best player in club history, without question. Goals from midfield, a gamer in every rule that led the team to the runner-up 1996. Loved to the point of being an idol was hated after confirming his move to Real Madrid shortly after stating that it would continue in Valencia. 56 goals in 104 meetings of this caliber speak Montenegrin joining from Partizan.

5- Antonio Puchades: the first major 6 Valencia. an emblem, being of the earth, for being a tireless SUV that was always in the right place at the right time. A bolt and a physical portent that came to play more than 400 matches with the first team in more than 12 years at the midfield.

6- Santi Cañizares: 397 He encounters with Valencia where fitted 361 goals mark the path of the best goalkeeper in the club's history. Secure the sticks, just kept, but the ball blocaba. Four times Zamora- three with the Valencia-, translated leadership on defense as Carboni, Angloma, Ayala or Djukic and Marchena. Legend says that only one party received more than three goals in a match: a win against Inter in the Italian marked him 5 many. One thing that says who was Cañete.

7- Pep Claramunt: the second major 6 Valencia. Incombustible player who was the watchword of the team that won the League 71. He sent and could play in almost any position in midfield. 83 goals in 324 meetings were the statistics that left Di Stefano man who became a symbol of the club.

8- World: one of the great forgotten by many of the younger fans. Top scorer in the history of Valencia (204) and ninth in the league. Corpulent, He never took a ball lost, which he earned him the fans who enjoyed plus three leagues with front. He played all, but certainly he left his mark what were his eleven years with the white elastic.

9- David Albelda: Third most capped player in Valencia (446) and the tarjeteado (115). It essential pillar in contention with Ruben Baraja formed the best pair of midfielders club. With the, and his 6, che won the club reached two finals Champions, They won two league titles and were a team to fear in Euro. Expert individual marking, He knew how to play the ball short and send over their peers. He lacked some goal to be high on this list. Another myth Club.

10- Fernando Gómez: Professor, Man giving football lessons to peers and rivals. A playmaker of lifelong, arrival and very sensibly. Fernando was the player who has played more games with Valencia (551), the most minutes he played and fifth in scoring production more. He lacked titles, his great handicap in his long, long career in front of the ship valencianista. 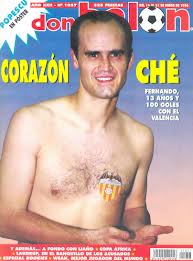 Fernando was the star in Don Balon 90. They were different times.

11- Miguel Angel Angulo: widely criticized many would not be very digestive see here. But his detractors have to offer some data that scare: fourth player with most matches of Valencia (417), 34 more goals 13 valencianista courses like Spanish and the most versatile player in history. He could play right back, inside right, extreme, mediapunta or front, apart from the left wing or midfield. And I could not just play, but in all positions approved. The player that every team would like to have. 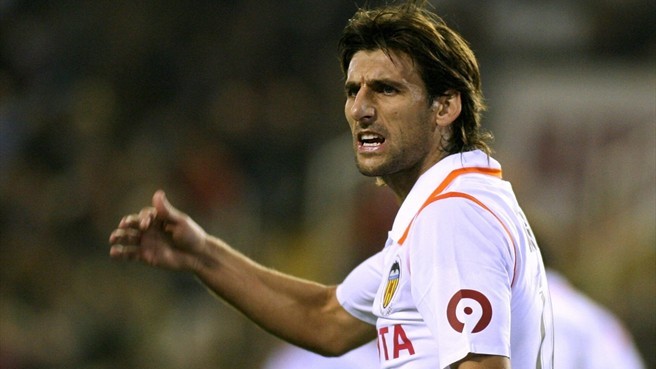 Angulo could play in any position.

When Julio Iglesias was Real Madrid goalkeeper
Young players to follow in 2019
Japanese players who played in Spain
La Liga, one of the most matched to the big leagues of Europe
Leon Goretzka, Germany's new promise
Footballers killed in Mexico
The ten best African players ever
Large parties of footballers
Which teams will amount to Santander League?
The Bundesliga leads the way to other major leagues