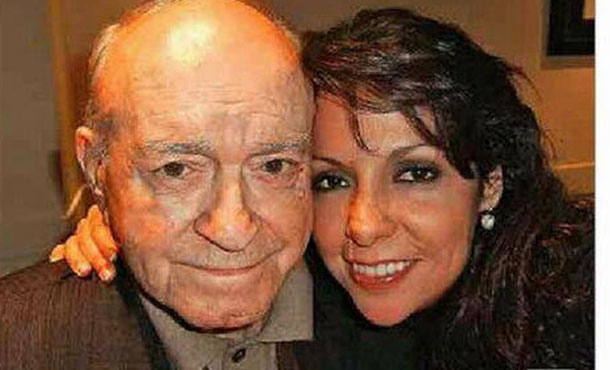 Alfredo Di Stefano if home. As if it were a movie by the great Paco Martínez Soria, the cool ex player is a kid. And it is that although "It is dangerous to marry at 60" it catches him already a little far, former soccer player, considered one of the four best in history has decided to marry at 86 years. The lucky, his secretary, assistant and manager. A Costa Rican 50 years younger than him.

"I have 86 years but a young heart ”declared Don Alfredo recently when announcing his intention to marry“ the sooner the better ”. And it is that despite his advanced age, your health problems or your recent heart check in a hospital in Valencia, Don Alfredo is eager to continue fighting and make what could be the last move of his life.

The lovebirds intend to ask Florentino Pérez to act as godfather in a ceremony that the football star of the decade of the 50 and the 60's wants to perform in the next 15 days.

As for what your children will think, Don Alfredo stated that: "What are they going to say!, I wear 8 years widower , they must be against but they will not fix my life. I do not care about that, he said with complete roundness.

Alfredo Di Stefano de 86 years and Gina González of 36, they met when "La Saeta Rubia" was preparing his book and then went on to act as manager and assistant.

The love between the happy couple did not arise at first, Well, at first, the veteran ex-player got angry with his assistant at the time when he considered that he wrote “nonsense” when he helped prepare his book. Fact that led to Di Stefano asking Real Madrid to fire his assistant, then they became inseparable.

Gina's love reached such a point that she got the word ¨Saeta Rubia "tattooed on one of her arms, made Don Alfredo, a handsome man from before did not look favorably at first.

"I thought the tattoos were from criminals, when I saw it, I almost died of disgust. In a lady that cannot be ”stated Don Alfredo in an interview.

Di Stefano also affirmed that another of the reasons that seduced him from his future wife is that he is a fan of Real Madrid and that if he had been a fan of Barcelona, he would never have fallen in love with her.

A) Yes, The honorary president of Real Madrid hopes to be accompanied by his brand new wife in the Santiago Bernabéu box for the final of the Copa del Rey that will face the whites against Atlético de Madrid next 17 of May.

Of course, the saying "it is never too late if happiness is good" is not even painted to define this situation.

Nottingham Forest owner and Olympiakos, arrested for drug trafficking
Semedo, arrested for holding bound and strike an individual at home
Romanian coach throws a stretcher to the field
Levante win at Helsingborg in the European premiere
The company's Chinese president AC Milan, bankruptcy
Manchester City 2-Manchester United 3: Rooney and Van Persie make the difference
Elche untreatable walk towards First
"He could have finished training Sevilla"
Colgadosporelfutbol.com was present at the awards ceremony of lasprovincias.es
President of a golf club down and hits the referee