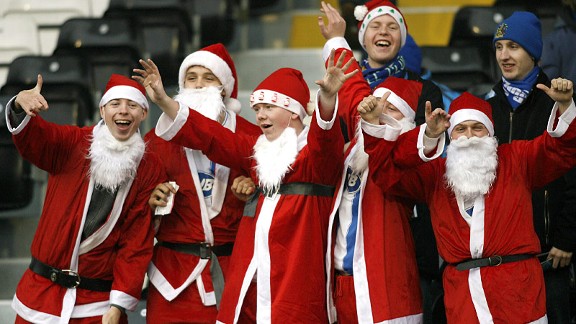 On Boxing Day it is common for people to dress up as Santa Claus.

The second Christmas Day or festival of San Esteban is in many places one of the most moving dates calendar. Especially, notable is its holding in the British Isles, where it is known as the “Boxing Day”. It is assumed that that day is chosen by the upper classes for making grants and gifts to more impoverished classes of society. Employers also dealt some other pleasant surprises box with its workers.

Beyond the social meaning you can practice in the UK and the former countries of the British Empire, in recent times Boxing Day is synonymous with sport and particularly football. The Premier organizes an exciting day that day with plenty of games to 15 hours so that people can go with their families to the stadiums. To facilitate such assistance, TVs offer just live games and teams barely travel beyond what is strictly necessary. This is the day par excellence of local derbies.

But nevertheless, it seems bull past. In England, as we have been able to read in many newspapers of the prestige of the Daily Mail walk with the fly behind the ear. The reason? Some traditions have been lost, between them, the not to travel. If before they played at home or very close to it, in 2013, the calendar has brought only two teams to travel less than 100 miles that day: Liverpool playing in Manchester and Arsenal, Disputing a London derby against West Ham. 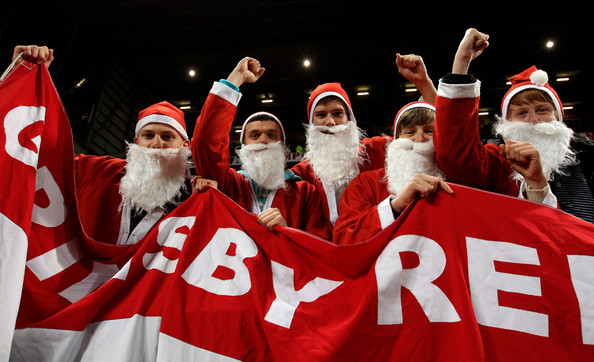 The crowd masquerades as Santa Claus on Boxing Day.

Even, There are some teams like Swansea that must play in London 186 miles by road. all, He has not sat well to a British press that people used to eat and drink before going on public transport to see their team. A margin of time constraints increasingly large bus and train, They consider many areas of British society that is distorting the day.

Beyond an exciting Manchester City-Liverpool hardly any great rivalry games that pique interest and not only national, but also international. A serious problem for a country that loves to play at Christmas and on Boxing Day, the most important date of the year for many. 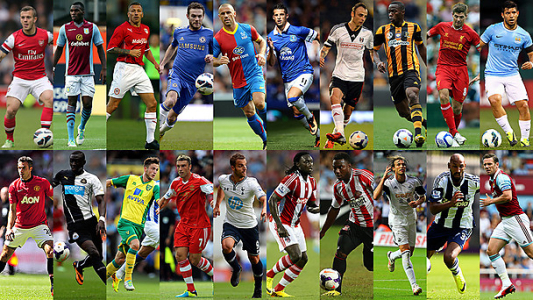 Distance traveled by the teams on Boxing Day: