Zidane's header Materazzi has been the most famous in history

It has possibly been the most famous head of the world. And not just a ball. His actor, possibly, the best football player of the century, Zinedine Zidane and to make matters worse in his latest installment as a professional. It happened 9 July 2006, at the Olympic stadium in Berlin during the dispute of the final of the World Cup between France and Italy. 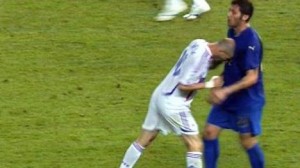 The French star, he had already made his mark with panenka served to overtake your selection, he lost the papers for the extension of that famous game. Italian Marco Materazzi provoked him five minutes after the resumption of overtime reminding his mother, and this, full of rage and anger, She gave him a headbutt to the chest that ended with the transalpine tatters.

True story or, the truth is that the Argentine referee Horacio Elizondo did not hesitate a moment and Zidane expelled from the pitch. They were his last steps to a genius footballer, he had in his reactions, its weakness. The picture went around the world and served to muddy the reputation of magician of the ball that had “Zizou”. 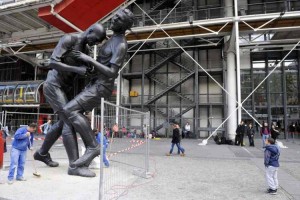 Nonetheless, Zidane was voted player of the tournament and eventually reconciled with the Italian defender in an example of sportsmanship. The move was so famous that even was the subject of a work of art. Abel Abdessemed the author was commissioned to replicate the play in a huge sculpture located at the Pompidou Museum in Paris.