Is the best course of the history of the Tour de France? 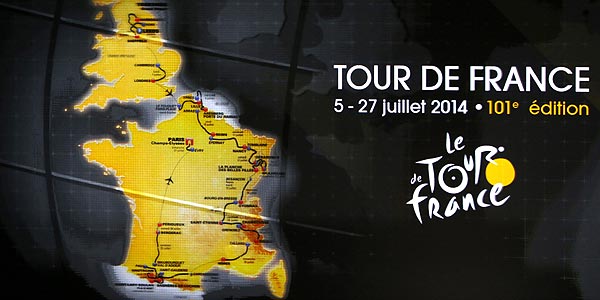 the 2014 It will be a different Tour de France. There will be no prologue, no team time trial and kilometers will be less than ever (53, separating the Perigueux Bergerac and so reminiscent of those famous exhibition of the famous Tirano de Bergerac become Miguel Indurain. It will be a strange Tour, special, but nice, exciting and intense. Because the naked eye, the tour is the best of the past 25 years. There is everything. Three blocks mountain (They include Vosges), also hard, cobblestones and final high. A tour of fireworks for 21 days emotion from Leeds and will pass through the Aran Valley during a step.

A path and designed to match the competition, to give more advantage to climbers type Counter, Quintana type and harming Wiggins, Froome, and to be a gold mine for always unpredictable Purito Rodríguez, Vicenzo Nibali Alejandro Valverde or. Even, to resurrect once and for all to Andy Schleck. No transition week, There trap stages and opportunities for almost everyone. calvaries port of useless mountain ran away from goal, unbearable flat stages or destabilizing long cronos blocking competition.

And if it is not enough to check the profiles of the most important stages. And the second is a seesaw that although it has no more than a puntuable port will be quite rompepiernas. Of course the best of the first week will be the arrival of Arenberg in the fifth stage, nine cobbled sections more 30 kilometers. Among them, of the Carrefour de l’ Tree, in what is a tribute to the Paris-Roubaix. 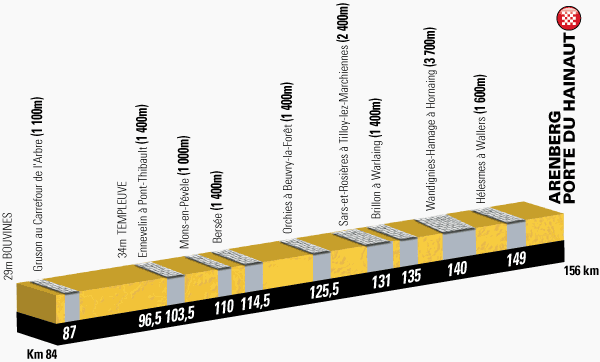 Buckler and cobblestones in the first week which also owns half mountain and hard. The arrival in Gérardmer the Mausalaine includes three short but hard ports. An ideal place for explosives brokers, Valverde type, Cigarillo or even some ambush attacks “Kreuziger” shift. 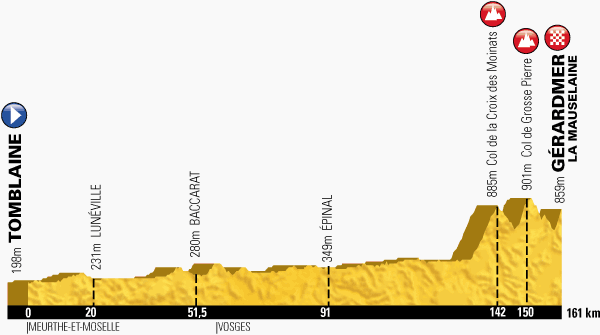 Of course, the fireworks will Vosges arrival at the Planche des Belles Filles, the final high explosive where Froome presented credentials winning stage 2011. A hard day with six ports, intertwined that could well allow movements from afar, even for some of the outsiders to final victory, they could rely on the team. 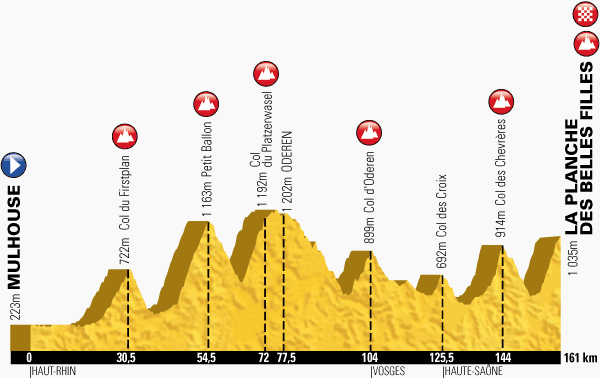 maybe, The only negative of the layout are the stages in the Alps. There are two, tough, but not excessively. The organization wanted to keep the excitement and decide which are the Pyrenees those who decide the race. A) Yes, because there will be arrival in Chamrousse (long but lying) a stage that all that is before the cabbage is Palaquit. Little baggage for a block a day after passing Risoul you reach the classic Izoard and Lautaret previously.

Two ports eternal without large ramps that will wear down teams and leaders point out who are the strongest riders facing the ascent to Risoul, place that is particularly good at Nairo Quintana, under display given in the Tour de l'Avenir year 2010 in which he got the victory. 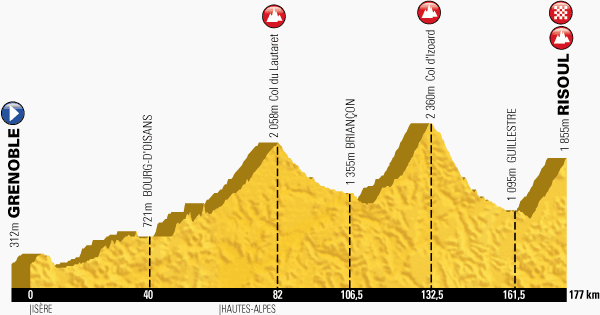 No central massif (I could not fit everything), the icing on the cake will be the Pyrenees this year range from low to high to end the grand finale of Hautacam. They start with Balès, the port where Alberto Contador took off Andy Schleck chain to give a mortal blow to the Tour 2010. Hard, definitely, the descent to Bagneres de Luchon be exciting, particularly if counter, Nibali samples Quintana or their skills down to Froome.

The difficulty is increasing with the arrival Pla d'Adet, a tough and demanding port exceeds 10 kilometers more than 8% middle. Especially considering that the day includes a letter with three classics that have marked time before the Tour. Gate, Peyresourde and Val Louron are tough enough to attack from afar and try to block the Sky Froome and Wiggins. 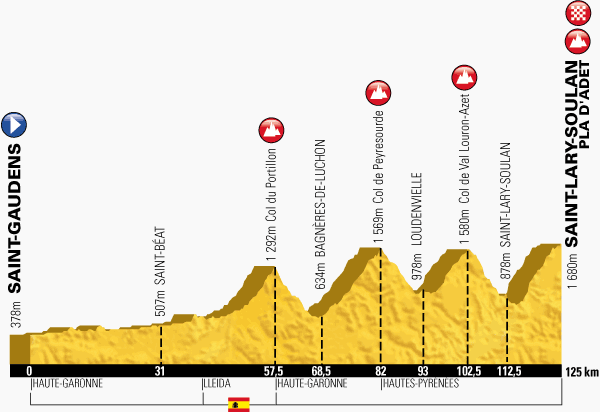 As if things were not clear, the 18th stage includes mythical Tourmalet accompanied by Hautacam, pure history of the Tour, where Indurain showed his weakness in 1996, or the place where Armstrong showed in the year 2000 Pantani and Ullrich neither would be at their level in the following years.

The Tour will end with a flat time trial 54 kilometers in the penultimate stage. The mystery will need to know how the Counter, Quintana respect to the Nibali Froome. Quintana might need 3 minutes to get quiet, Nibali 2, Accountant by day could earn him between one and two. Short or long time, taking into account the nuance that the time trial at the end of lap fail to make the differences that those in the first days.

How would you go six favorites?

– Chris Froome: well, but with little clock in your favor and also the penultimate day. It depends on how surrender mountain.

– Quintana nairo: possibly a great opportunity and a great favorite. It has a route to your taste.

– Albero Contador: if we find the counter of the best times, It has places for ambushes, to strike down, going up, definitely, a great ride for him.

– Alejandro Valverde: ideal for winning several stages and make the podium once and for all.

– Vicenzo Nibali: many mountain so he can attack from afar.

– cigarillo Rodríguez: in his calculations he entered the Giro…but with this tour not go …It sounds crazy.

NBA: Transfer Northwest Division 2013/14
The ideal weight of a professional footballer and its importance
NBA: Southeast Division season transfers 2013/14
The best NBA rookies 2013/14
The 5 sports that make Mexico the country that is
The greatest show pure ostracism: 20 years of deterioration of cycling
Shock at the death of Maria de Villota
Four years without Andrés Montes
The Golden Age of bodybuilding
The best athletes in the history of Spain