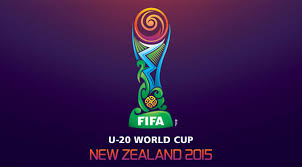 World are the showpiece event of world football. Large selections of the world face in partidazos, the best players leave their talent and dedication at every meeting, and can mean a turning point in his career. But today we'll talk about the world playing all players, but they play young talent, of the U-20, which this year will be held in New Zealand between 30 May and 20 June in seven cities.

Highlights the major absences of European giants, Spain, France, England, Italy, Holland or Belgium will not go to the oceanic country after failing to qualify. And highlights the presence of countries like Burma, North Korea and Fiji.

It will be the biggest soccer event to be played in this country. So much, a computer was added to the ASB Premiership, New Zealand League Soccer, formed only by U-20 players could play this world, el Wanderers Soccer Club.

Seven were chosen venues for this event: 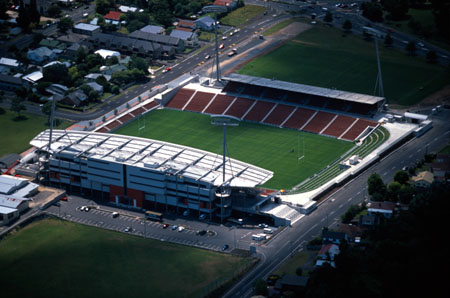 Waikato Stadium will be one of the venues for the FIFA U-20.

New Zealand: on the premises we can highlight the “10”, Clayton Lewis, talented playmaker who makes a lot of goals, SC Wanderers player. Also we underline the name of Andre de Jong, another talented midfielder of the same team.

Ukraine: we will focus on two talents. The first is a quick playmaker, talented and great passer, artem Radchenko, whose record belongs to the Turkish Fenerbahçe, but currently plays Hoverla Uzhhorod. The other, es Viktor Kovalenko, captain of the Ukrainian team, who belongs to the Shakhtar Donetsk, midfielder technical and pin.

U.S: We highlight a defender and a striker. Erik Palmer-Brown is a central defender who plays for Sporting Kansas City, highlighting its strength, speed and course, its defensive capacity. The front is Bradford Jamieson IV, speedy attacker Los Angeles Galaxy.

Argentina: a favorite, It is full of talent in all its lines, but we are left with two, Angel Correa and Giovanni Simeone. The first is a talented playmaker who squanders every step, It belongs to Atletico Madrid but has no limit on file by the foreign, fast and technical, capitanea U20 albiceleste. Giovanni Simeone is the son of the “Cholo”, River Plate played in Argentina and is a great goalscorer, headlong, Rebound, or whatever, converts them anyway. 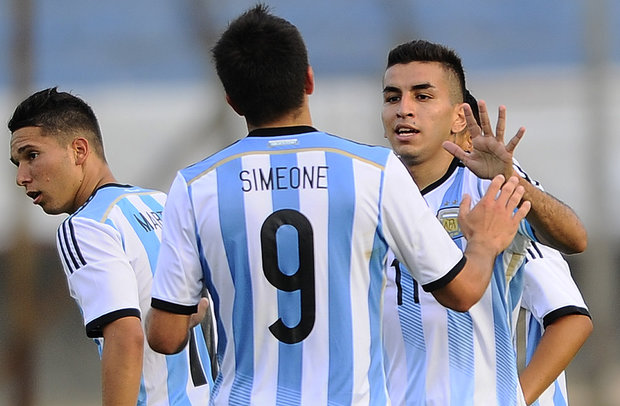 Ghana: destacamos a Clifford Aboagye, attacking midfielder of the Granada. Veloz and technical, It is the beacon of the African team that seeks to fight.

Austria: We discuss two midfielders. Sinan Bytyqi is a high speed inside right, but if something can highlight of this former Manchester City, Cambuur currently in Dutch, is your stuck on free throws. Then there Sascha Horvath, mediocentro technical and fast, who works in Austria Vienna.

Portugal: one of the strongest European teams, figure will incur as Gonzalo Guedes, fast and skillful player of Benfica, which plays on the left wing or center attack.

Colombia: we will emphasize Joao Rodríguez and Andrés Tello. Joao es jugador del Vitoria Setubal, although he knew attract scouts from Chelsea, He is skilled and talented, front or mediapunta. Andrés Tello is lateral right, but you can also play as a defensive midfielder, wears the colors of Juventus on loan from the Envigado.

Mexico: We underline to Hirving Lozano and Erick Gutierrez. The first is a rapid end of the Pachuca, technical, Centering and good distant shooter. While Erick, It is a midfielder with defensive ability to bind capacity and creating opportunities.

Uruguay: will focus on 3 players. Gaston Pereiro is a technical hitch, Quick, facer and with great view, National player. Nahitan Nández is a defensive midfielder, captain of the U-20, Penarol plays. The third, Franco Acosta is, Front scorer Villarreal B. 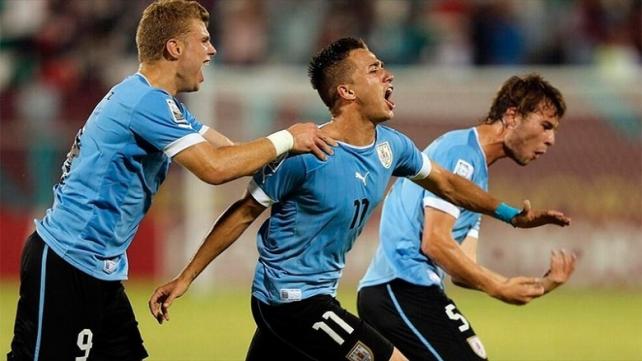 Franco Acosta, one of the stars of Uruguay.

Serbia: also we discuss 3 football players. Vanja Milinlović-Savić is a goalkeeper who plays for FK Vojvodina on loan from Manchester United. We also have Luka Jović of Red Star Belgrade, talented, dribbler and scorer, It is an alleged front for Atletico Madrid, among others. By last, destacamos and Srdjan Babic, defensa central part of FK Vojvodina, besides being a wall, It has a knack for getting the ball well played.

Brazil: in canarinha are always talented and promising footballers. We can not speak of all, because, we highlight 2 from them, both mediapuntas. Lucas Evangelista, technical and quick football player Italian Udinese, y a Nathan, the 10 Atletico Paranaense of, Chelsea claimed by.

Hungary: Zsolt Kalmár point out as the great reference for this team. technical playmaker, wears the colors of RB Leipzig German.

Germany: the favorite of the contest, It will be represented by a defense of promising footballers, among which we will put emphasis on Gianluca Gaudino, Julian Brandt and Timo Werner. The first is a midfielder Bayern Munich coach, the second a swift end of the Bayer Leverkusen, and the last other end is of utmost speed and technique, belonging to the loose Stuttgart. We stayed with them, but certainly there is talent throughout the roster.

It will undoubtedly be an exciting tournament, where the best title will be, being the favorite Germany, Portugal, Serbia, Mexico and four South American countries, Brazil, Argentina, Colombia and Uruguay. As well, It will be a golden chance for all young talents who want to be targeted on the agendas of the biggest teams in the world, as it will be an inevitable destination for scouts.