Spanish coaches who won the Champions 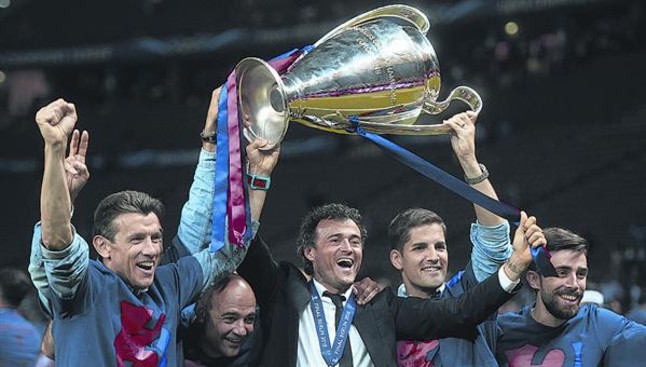 Luis Enrique is the sixth Spanish coach ever to win a European Cup or Champions League. With the victory of FC Barcelona set in Berlin, the Spaniard enters the select list of Spanish technicians awarded the maximum trophy at club level in Europe. These are the technicians who complete list.

The most handsome players in world football: part 2
Footballers with mascara
Five spectacular mansions of five players
Raul and David Villa, Who has been the best Spanish striker history?
Equipment colonized country
The most tattooed players in the world
Five of the best strikers in the history of the League Part II
Leagues won more points difference
The most expensive signings in the history of Real Madrid
karamoko Dembelé, the umpteenth wunderkind