Fiorentina renew the contract Astori to help your family 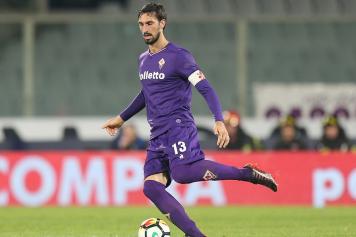 The affection and support for the family and relatives of the deceased footballer have been happening since yesterday but, without a doubt, the most surprising has been announced by club president, Andrea della Valle, He has made official renewal Player, bespoken was precisely to Monday, to allocate salary to his wife and daughter.

Italian central autopsy will be conducted tomorrow, Tuesday and his body moved to Florence where the funeral will take place next Thursday at the Basilica of Santa Croce from the 10:00 hours.

Derby entries made in pen on paper
All League winners from 1990
Official: Alex Ferguson will leave Manchester United at end of season
Lavezzi and its relationship with the Mafia
Zidane leaving the Real Madrid
Johan Cruyff dies, dies one of the greats of football history
Balotelli signing Milan: the controversial player returns to Italy
8 Chelsea-Aston Villa 0: Christmas for "blues"
The little brother of a global crack debut scoring a goal in the lower PSG
Treadmill, the best ally for the footballer