Five soccer players who killed themselves and may not remember

Circumstances or situations that may lead someone to kill themselves can be varied depending on each individual, creating situations of sadness around. Unfortunately, or be young millionaire like in the case of the players can sometimes be enough for a person seemingly has it all, because as we said at the beginning, personal circumstances and situations can be many. Unfortunately sport, in particular football,  He has had its casualties from suicide. We remember five cases.

The German goalkeeper was one of the best of his generation. This fact, He caused that come to sign for the club where he did not materialize. But nevertheless, his career in the Bundesliga was much better than their problems outside football grounds. Prone to depression, the terrible blow of the death of his daughter only 2 years was mortal. In 2009, as a player Borussia Mönchengladbach, he threw himself against the tracks of a train when it passed right. Suicide and a horrible death as sad.

During the decade of the 80 He was one of the young players who excelled in the Premier. However his career came crashing down when he admitted he was gay, He is the first professional player to openly acknowledge their status. His career went from bad to worse and see retired in 1997 in US soccer. The 25 March 1998, a young man 17 years told police she had been sexually assaulted by Fashanu after a night of drinking.

Fashanu returned to England, but 3 May 1998, He was found hanged in an abandoned garage in Shoreditch, London, beside a suicide note stating: "I've realized that I have already been condemned as guilty. I do not wanna be an embarrassment to my friends and family I hope the Jesus I love to welcome me and finally find peace ".

International Bolivia in the World by legendary US 1994, “chocolatín”, It was one of those players who became legend with his presence in the World. But nevertheless, three years later, the player decided to take life a 18 October 1997. He hanged himself with a necktie, when he was at his home in Achumani, south of La Paz. He could not bear the loss of her son 7 years, Juan Manuel, a hepatitis. 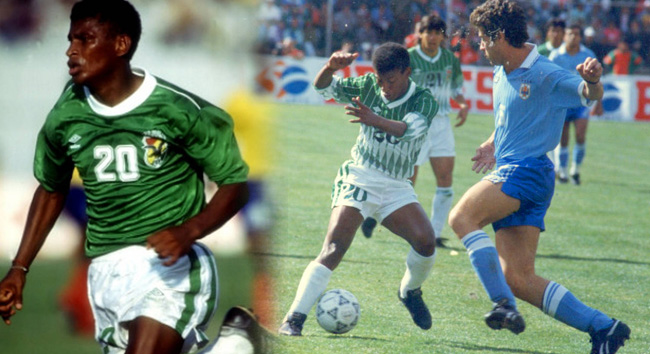 Ramiro Castillo Chocolatín apparently killed himself with a necktie. Photo: I cochabandido

His case was less surprising, of those who leave ice cream because apparently it was quite unexpected. He was found dead 27 November 2011 in his home near the city of Chester. The cause was a possible case of suicide by hanging. At that moment, former Welsh player was coach. Why he took his life, It has never been clear, but it was rumored that he would have done because of love problems.  Close friends like Shearer himself dismissed this version. A somewhat murky case.

His story is legend in the Uruguayan football, Abdon the blood as often remember the fans of Nacional. The Uruguayan took his own life 5 March 1918, at the dawn of football,  after shooting himself in the center circle of the Estadio Gran Parque Central National club. He explained in his suicide note, Porte did not exceed lose the title in the National and killed himself for love of his club. It was close to getting married when he decided to commit suicide. 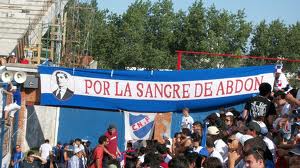 Abdon Porte history is etched between the fans of Nacional, as a legend.

It may interest you: Five players whose story ended in tragedy

Messi vs Cristiano Ronaldo, comparison of 2014
Best Olympic football teams in history
The Golden Goal and Silver Goal, two inventions in the history of football
The five best goalkeepers in the history of Valencia
What is the Dream Team? The Dream Team Soccer
Magico Gonzalez, idol Cadiz CF
The most controversial signing of the winter market
Regulation few things you should know (I)
The best football game in history
The great economic differences between the Champions and Europa League