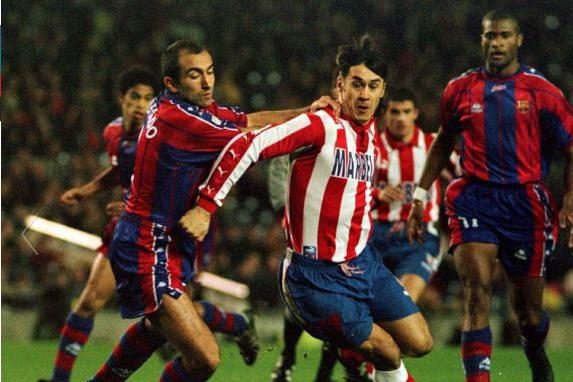 Council Bogdanovic It is one of those rare players who reached the Spanish League in the late 90 under the effect of the Ley Bosman and with the money of televisions booming. One of those players whose quality, It had little to do with its price. In the summer of 1997, Jesus Gil, he conjured this player born in Sarajevo whose experience and sports achievements were summed up the loose leagues of Korea and Japan. The most striking and bleeding was its price, something that cost him a disgust to the family Gil.

Nothing more and nothing less than 2900 million old pesetas, a goose paste the time for a player who had done nothing in football. Born in 1970, They went to Japan to get it out of JEF United for an amount that even passed to today's euros, It would be embarrassing and within reach of very few. An amount for which you could sign a TOP player and not a regular player.

The story had its trick. When the bankruptcy administration took Atletico back in 2000, He had found that certain payments and irregularities by a player who surprised it would have cost the same as Vieri and Juninho, players infinite quality and prestige compared to the striker who came at a high price. It is shuffled it had taken up 17 times their actual market value and the operation was not at all clear.

sportingly, the thing also did well even though the numbers were not bad at all, at least compared to other players who have passed through Spain. Juice 14 games and scored 6 goals, an average that would not be bad if not for the slab of 2900 million pesetas but left in January 98 only a few months after I arrived confirming that his move was a sporting and economic pufo, especially the latter where the destination of the money was not at all clear. In the end for different reasons, not just sports, went to the list of worst signings in the history of Atlético de Madrid.