The Atalanta, the goal-scoring machine that threatens PSG 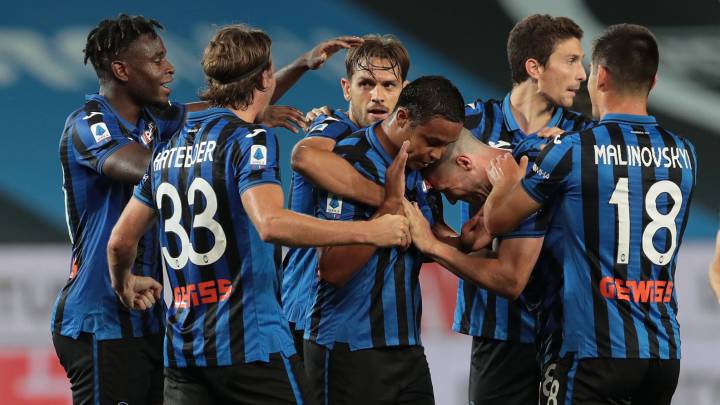 Atalanta is a machine to beat their rivals. PHOTO: As Colombia

If there is a team in Europe that is standing out right now this is none other than the Atalanta. And it is for many reasons. One of them is his ability to score goals and is that he has been able to score 93 goals in 33 days and threatens to go from 100 in Serie A. Some numbers that without a doubt, they should intimidate PSG, his rival in the Champions. And is that the Atalanta he did in the previous tie nothing more and nothing less than 8 goals.

Bergamo, the Italian city most affected by Covid-19 in Italy

If there is a city in Europe that has been seen affected by Covid-19, this was Bergamo. Well with just 120.000 population, recorded most cases from that part of Italy. But nevertheless, the team has returned after this hard trance as it left it, like a shot and thrashing their rivals. And it is that the Gasperini team (who suffered in his flesh the bug as he himself has confessed) He is distributing goals to the right and left both for his domestic competition and for Europe.

Can Atalanta be the revelation of the Champions?

Although the Odds provided by SBD of Atalanta (+2500) to win Serie A are not entirely promising, the team has managed to position itself in second place in the general table by fighting the Champions League against Inter and Lazio who, before the pandemic, came to lead the table and closely followed in the wake of Juventus. The Bergamo painting has endorsed , 5 goals to teams like Milan and Parma, 6 goals twice and 7 goals up 3 times this season. Undoubtedly a machine to beat and destroy teams.

In Europe the Atalanta also uncovered the jar of essences. After a hesitant start in the Champions League Group Stage where the team lost 3 matches, He started a path that led him to play and thrash Valencia twice in the last 16 of the maximum European tournament, a few days before the world stopped and with Bergamo in a state of crisis.

Now awaits PSG where the Neymar, Cavani, Mbappé and company must be careful if they do not want to end up scalded by this roller of playing soccer that has revolutionized European soccer. And it is that if there is an attractive team to see and to have fun with, This is the Atalanta.