Jesus Gil is the most controversial president, peculiar, media and among several different things that has given the Spanish football history. So as to have its own story on a string like HBO. Born in El Burgo de Osma, Soria, 12 March 1933, It was an entrepreneur, Mayor of Marbella, TV star and president of Atletico Madrid. In none of these facets left no one indifferent.

A man who left no one indifferent either at the time of his death and that there are few, those who say that really did not die, at least at the time he was said and fled to another country. He died a few days before trial. A theory that took force when 2015, Angel Maria Villar asked his son, Gil Marín, by his father and he told him that this was fine. They had officially passed 11 years since the death of Jesus Gil in 2004.

Faked his death or not, the life of Jesus Gil He was always full of comings and goings. He was tried and imprisoned for a crime “involuntary manslaughter” because of the death of 56 people in June 1969 when in a room of the Los Angeles de San Rafael, which it was the developer and owner, Collapsed. He was later pardoned 1971.

In 1987, with only 6 year-old partner Atletico Madrid, gained access to the presidency of Atletico During the 12 years remained in the presidency of the club “colchonero” left many stories, anecdotes and resentments that made history.

He was able to leave pearls like that love-hate relationship with some players Paulo Futre, give an advanced English class that he called to apologize for being accused of racism, threatening to release his crocodile Adolfo “train” Valencia or the fight that led to the door of the headquarters of the LFP when he hit the manager of Compostela.

As if that were not enough preside over Atletico where he broke the record of dismissed coaches and players fichados, In 1991 He took office as Mayor of Marbella with the GIL and his party came to have a program in Telecinco in the early 90 called 'The night and such and such’ where Jesus Gil came out in a pool full of beautiful women in bikinis dancing to the beat of 'Gil Superstar'.

Gil was never a discreet man

amateur man opulence, He was famous for his bravado and his white horse named imperious. In 1999 He entered prison, It is accused of crimes of embezzlement of public funds and forgery of public documents.

In 2002 He was sentenced to 28 year ban and six months of arrest on four counts of malfeasance, so he was forced to leave the mayor of Marbella, relating to “case T”, by diverting 450 million pesetas Marbella Town Hall to the club Atletico Madrid. Jesus Gil also he entered prison for embezzlement 4.442 million pesetas (more of 26 million euros today) Marbella Town Hall between 1991 Y 1995.

In 2004, the 14 May specifically, died (at least officially) to the 71 years because of a stroke, But as former Atletico president, He never left anyone indifferent, neither did when die. As we told you at the beginning of this article, circulating in some forums the theory that he did not die and fled to the South American zone to avoid prison. Express something that fueled his funeral and conversation captured between Villar and the son of Gil 2015. Don Jesus Gil and Gil, genius and figure to the grave. 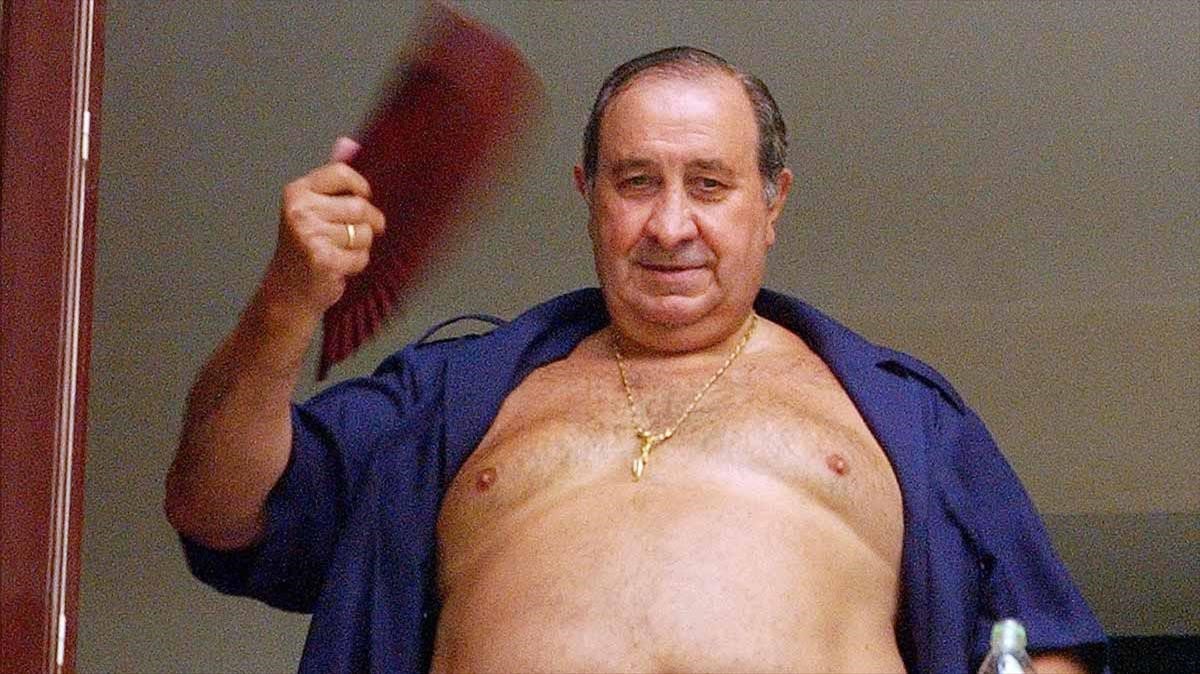 Jesus Gil, genius and figure to the grave. PHOTO: The newspaper

Doha Port Stadium: an artificial peninsula for a golf real treat for the World 2022
Caricature of excuses Mourinho lights up networks
What Newell's Old Boys?
Five footballers history
The 10 European top scorers with his club
The five best goalkeepers in the history of Real Madrid
Teams that have participated in all editions of their league
The top ten players 2014
They just contract and are free for next season
African footballers who landed in Argentine football