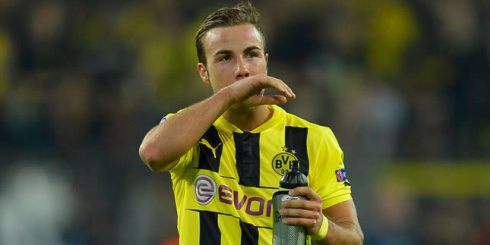 The German newspaper Bild has made, as every year, its ideal eleven of the Bundesliga. In the ideal eleven is a Spanish player. Dani Carvajal, former Real Madrid squad player and member of Bayer Leverkusen, has been chosen as the best left-back in the Bundesliga thanks to his 8 goal assists.

Is this the cristiano Ronaldo is Real Madrid?
All triplets history
Levante 0- Rubin Kazan 0: back in Moscow will decide everything
League players who have just contract 30 June 2018
The squad of all national teams
Alcoyano classification is complicated by falling 1-4 against Real Madrid
Bayern conquer the triplet and joins Celtic, Ajax, PSV, United, Barcelona and Inter as the only ones ...
A photo Woman Referee Real Madrid-Juventus climbed to twitter creates controversy
A woman dies after being hit by a player who tested positive for drugs
Ter Stegen, Valverde and Barca make history in the league