League could be played on blue grass

The Spanish League could incorporate a new novelty in the medium-term future. Yes last season, it was the surprising schedules of the matches that revolutionized the fan, now the League is studying the possibility of changing the color of the grass in order to adapt it to more television formats.

As has happened in other sports, There have been many voices advocating the incorporation of blue to the detriment of green on the playing field mat. with the new color, television and viewers would gain as much greater visibility of the ball on the pitch would be allowed.

In fact, some sports, have already successfully introduced this measure. It is the case of tennis, where fast tracks are now mostly blue in order to better appreciate the ball on television. Similarly, it happens with field hockey, where the London Olympics, for example, they have released blue surface instead of the traditional green. 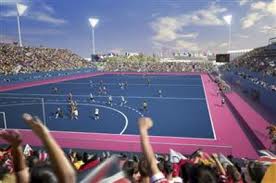 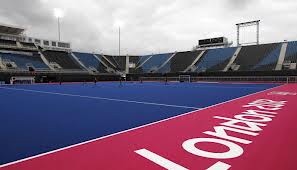 moment, it is only a hypothesis that would not be in the short term, but rather in the term of three to five years. Likewise, it would be necessary to have the approval of the clubs and the players, in addition to the UEFA. The idea would be to start playing on blue grass in the lower categories of Spanish football, for little by little, go applying it on the Second Division B, in the image and likeness of what has been done with artificial grass in recent years.

If this new measure, If the Spanish League were to come to fruition, it could once again be in the eye of the hurricane, as it is in recent times with television schedules.