MLS is filled with stars 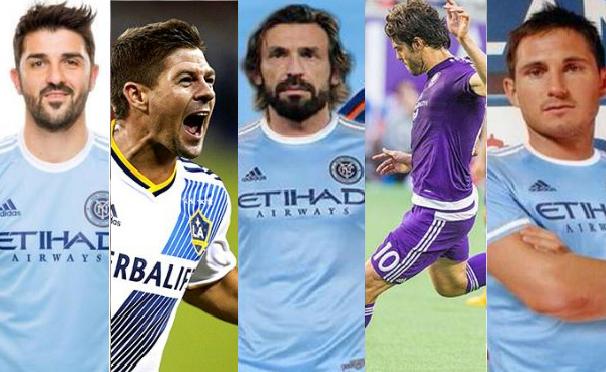 American MLS continues to grow year after year. The soccer, ignored in the US for decades, it reached a certain point of fullness in the country basket, the hockey, especially baseball and football, back in the 70 with the creation of the legendary NASL. that tournament, It was characterized by bringing together the old glories of football of the time traveling there to finish his career and step, fill their portfolios with a few million dollars. As well, the new MLS is back in overhand.

If the 70, Pele, Beckenbauer, Cruyff, Eusebio, Best and a long list of stars of the moment decided to enroll at that NASL to hasten his career, forty years later it seems that the MLS has become the destination of many stars shine seeking for the last time on the green. The trend started a few years ago with the arrival of Henry, or Beckham but reaches its peak point 2015. This edition of the MLS will be made in USA version of the League of the Stars.

Lampard, Gerrard, Pirlo, Villa, Iraola, Kaka, Giovinco, Robbie Keane, Giovanni Dos Santos, Oba Martins and American Dempsey, Altidore and Bradeley are the most prominent examples of a tournament that at least, will raise their level a few steps. The truth is that both the level of American selection as MLS rises each year. ¿USA will become a football power?, it seems only a matter of time.

Team coaches no more interesting
The best winter market signings League
Iceland and Welsh make history
What has been the best player in the history of Valencia?
World countries repeated
The most ridiculous goal of the year
The top scorers in the history of Real Madrid and Barcelona
Pablo Fernando Aurrecochea: a superhero in goal
FIFA's top players 15
The five best coaches in the history of Atletico Madrid