The selection of Belgium, future Spain

Although it seems that the Spanish team still has here to stay because of the age of many of his players, many international football analysts are already thinking about what the next selection hegemonic reign in the world of football. After repeated failures of African teams, and doubts that arouse while Brazil and Argentina, many eyes turn to the heart of Europe, more specifically to Belgium.

The “Red Devils”, World Cup semifinalists in Mexico 86 and finalists at Euro 1980, They have a combination of young and experienced players that promise to give a lot of joy to the Belgian parish. In goal, without a doubt, Courtois is presented as the best option. Loan from Chelsea to Atletico Madrid, with 20 years has been able to win a Europa League and European Super Cup, besides enjoying a starring role. This is one of the best goalkeepers in the world at short notice.

The defense team is also authentic luxury. Thomas Vermaelen and Vincent Kompany are the undisputed fixed core. First, with 26 years, exercises and Arsenal captaincy after Van Persie and lower life insurance is getting the ball played. Kompany, meanwhile, He is seated in the City as one of the best central defenders in the Premier. And if that was not enough, Van Buyten eternal, with 34 years, remains available for any contingency. His extraordinary air and sense of anticipation makes it a benchmark for other colleagues.

Perhaps the biggest problem comes in the side, Without a doubt, the weakest position “Devils. Young Tony Alderweireld, del Ajax, It is emerging as the clear choice on the right flank failing to find a more reliable side. On the left, Vertonghen was doing the work side, although its strength is seems to be in a more central position. The same seems to happen to Axel Witsel, footballer 23 years, by Zenit she paid 40 millions of euros. Con Witsel, the “Devils” They have a player who can make lateral or inner midfielder with tremendous effectiveness.

The midfield is the brightest place in Belgium. The said Vertonghen, They can accompany several quality players. Especially noteworthy are the young end of Werder Bremen (and loan from Chelsea) Kevin de Bruyne y Steven Defour. First with 21 years has become a key player in the German team because of his speed and dribbling. The second embodies the spirited play and balance your team. Extraordinary pass, in 2009 and he was named “Golden Shoe” Belgian league.

Indispensable is also the middle of Everton, Marouane Fellaini. His extraordinary arrival to the area and its enormous versatility make him 24 years, evolving a player and a player to follow.

The mediapunta is the crown jewel of the Belgian. Two world-class players can develop that position. Eden Hazard, it is the first one. Signed for Chelsea after payment of 35 millions of euros, It represents the genius and vertical football in Belgium. Confirmed all that talk about this young man 21 years, we would be talking about the “Zidane” Belgian. Sobran comments. 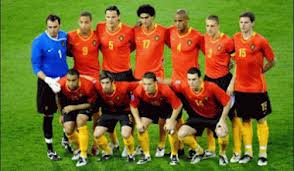 If this were not enough, Dries Mertens, more used to playing end, You can replace with equal efficiency. Mertens, revelation at PSV Eindhoven, It is a real dagger that is what any team wants: speed and goal. Football scandal, what with 25 years, He is ready to make the leap to a large in Europe.

The forward position is very competitive. The “Hostpur” Moussa Dembélé, You can make peak times or second striker with great ease and efficiency. The nearest future is Romelu Lukaku, the new “Drogba” del Chelsea. With only 19 years, this guy has own power and speed of the elect.

Belgium is not going joke can take note Netherlands. At the premiere of Van Gaal, Devils put him 4 to whet your appetite. And eye, that for Brazil, promise many more emotions. All under the baton of Marc Wilmots, an expert in final stages of global, four shares. 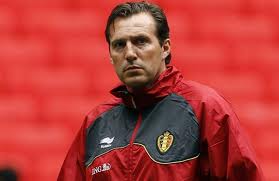