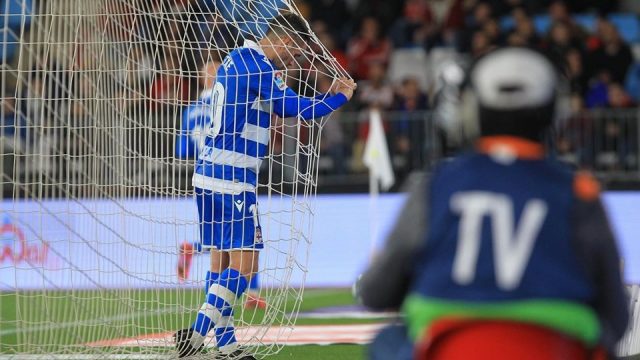 Deportivo becomes the first league champion to go down to Segunda B. Photo: The Spanish

With his descent into the semi-professional football pit, Deportivo de la Coruña becomes the first league champion to descend to Segunda B in 73 years. Something really terrible if we consider that the Galician team was one of the great teams in Spanish football between the beginning of the 90 and the end of the first decade of the 21st century. That known Superdepor, a picture of which the current team is a shadow.

First league champion to descend to Segunda B since 1947

On the previous occasion it was Real Betis who after having won the League in the season 1934-35, He descended on 1947 to Third, back then equivalent to the Second B actual. Since then, no team that had been able to conquer the First Division title in Spain had fallen so many steps in the categories of Spanish football. Now Deportivo after being the first league champion to descend to Segunda B, must face the hard drink of going through the well that is the bronze category of Spanish football.

Deportivo de la Coruña's relegation to Segunda B comes two decades after winning the First Division League in the year 2000. Not the most pessimistic of the place, I would have imagined such a fate 20 years later for a team that dominated in Spain and frightened the greats of Europe. Unfortunately, it's been years since Deportivo de la Coruña has become an elevator team.

The descent of Depor also occurs in a very cruel way, without playing his match against Fuenlabrada, suspended after very strangely announced, positive for coronavirus 7 players from the Madrid team just an hour and a half before the game, skipping all the protocols of the League itself . Definitely, 2020 it's been a very strange year for everyone, Also in the world of football.