Maradona scored the hand of God 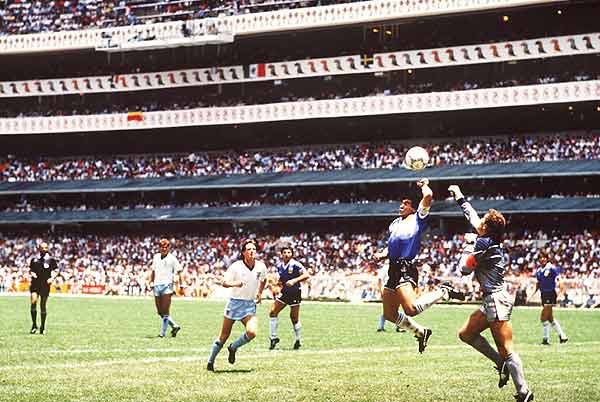 Maradona scored the hand of God. Maybe not the biggest refereeing error in history, but he had the greatest impact. First to be in the quarter-finals of a World Cup with Argentina and England seeing the faces facing, and second for his starring: Maradona.

It happened in the World Cup in Mexico 1986, in the World where Fluff It would enshrine as one of the best, but the best, although that depends on taste of history. In the same game, the Cosmic keg as he was known, He scored another goal which was to be for history. curiously, the best player on the planet at present and for some, The best in history, the Argentinean Messi, he would score a similar goal. But that, It is another story (See here).

But back to the hand of God, The point is that the goal took the score and made history. Own Fluff recognized after the game that the goal was put “some head, a little hand” and I got no colorao. Things geniuses.