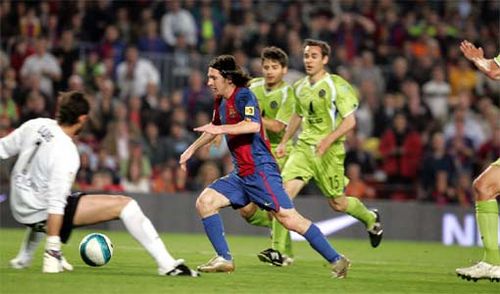 Mexico's World of 1986, Diego Armando Maradona It would elevate to the top. With a masterful performance and the 10 To the back, the “Fluff” He led the ” albiceleste” to the last World Cup won by the Argentine. But Maradona, He left a real pearl for the retinas of the viewers with his goal against England. After dodging his opponents, one after another, he dribbled the keeper British, to score the goal of the century, to the excitement of commentator, which he skirted infarction.

More than two decades later, 21 years specifically, Leo Messi He would emulate the good of Diego. currently considered the best player in the world, “The flea” emulated Maradona's goal, a replica substantially equal. It happened in 2007, when Messi was beginning to break into the elite football and when he began to forge his legend. See both goals and compare.