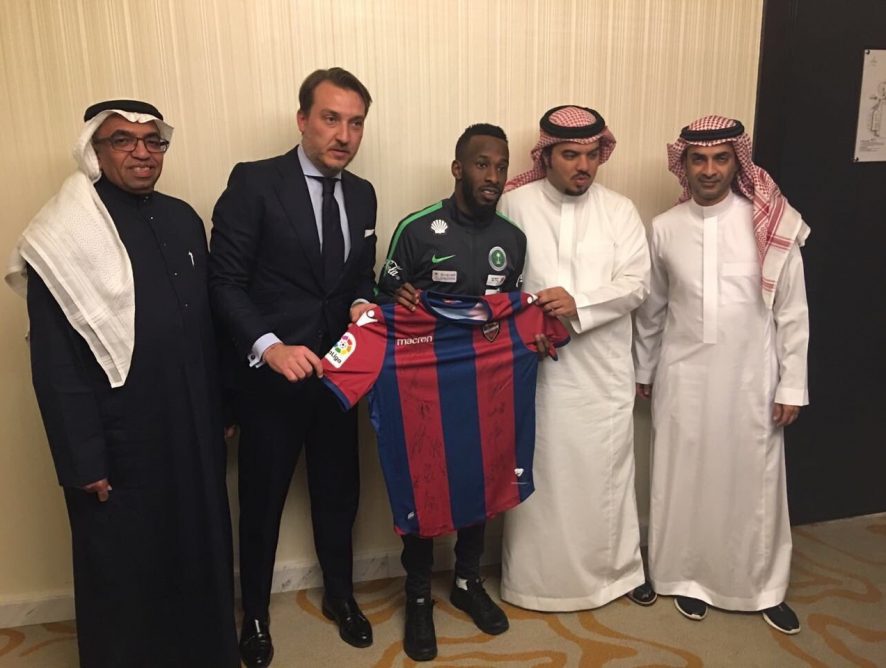 Fahad A surprising is the Mullawad winter signing of the Levant. Photo: Levante UD

The news of the arrival of 9 Saudi players Laliga both First and Second caused a stir for the clubs who decided to enter this initiative promoted between the agency presiding Javier Tebas and Saudi companies and clubs. Mounted to the astonishment among fans of clubs like Levante, Villarreal, Leganés, Numancia, Valladolid and Sporting among others, Fernando Sanz, Ambassador Laliga, He spoke in the programs 'Stringer' Cadena Ser and 'Game Time' of the Cadena Cope on arrival at the championship of the nine players from Saudi Arabia.

"It is opening a market, a possibility of entering a market quite good and succulent ", He said it was Real Madrid player, Malaga and former president of the club itself malaguista. Sanz added that "I have not tracking players, but I tell you for example that have signed the Levant, there is quite a figure, It is Cristiano or Messi Saudi Arabia "in reference to signing Fahad Al-Muwallad by granotas.

"There has been a 'scouting', has been transmitted to others clubs doing so and selected one, these clubs have decided to carry it out. In October 2017 this project is signed. follow the selection was made in Portugal. There was also shifts to Riyadh. This comes in a while. There track clubs since October each player, It is an assignment with purchase option, but there is no economic consideration ". Sanz she sentenced.