“I thought Cruyff made me to bullying” 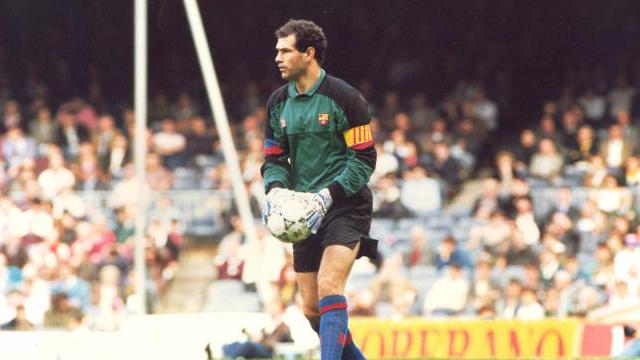 Despite its long history in Barcelona, Zubizarreta confessed to not feel valued by Cruyff. Photo: FC Barcelona.es

Andoni Zubizarreta was the legendary goalkeeper Johan Cruyff Dream Team that dominated Spanish football between late 80 and early 90. Because, everyone was surprised that right after winning the League 1994 (the last team that won the mythical), Basque goalkeeper who had played all, FC Barcelona will leave the discipline bound to play in the Mestalla Valencia, where he remained until his retirement in 1998.

In an interview with 'Fiebre Maldini' program, Zubizarreta confessed things quite succulent. “When Johan put us in preseason training goalkeepers in Rondos I thought at some point that made me up bullying. No major awards in the course of my time at the club with Johan in terms of great lines and high praise. Johan was more than once very interested to come out more than me to stay” Zubi argued.

Andoni Zubizarreta played for Barcelona between 1986 Y 1994 where he was a permanent fixture in all seasons. In his long career he also played for Alaves, Athletic Bilbao, Valencia and the Spanish national team where he played until 1998, the year he retired from active football.

The best images of the World: quarter finals
Several players arrested for alleged League amaños
Africa Cup begins on Saturday in South Africa
Joey Barton, the "Bad Boy" Without remedy
UD Las Palmas: 7 coaches in two seasons
The son of a former star of Barca debut with absolute Holland at the same age
Levante to the record for points in Second
Rooney on the chart: It sneaks into a wedding and just drunk
Thibaut Courtois will be Real Madrid goalkeeper
The legendary stadium of Naples turned into a dirt field