A player was arrested by police at halftime of a game 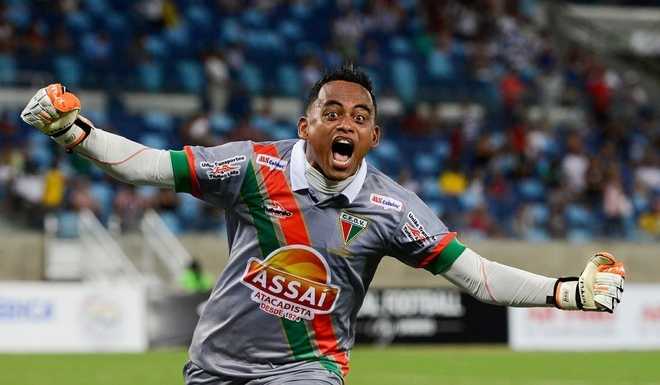 Heverton Santos, the goalkeeper who was arrested for not paying alimony. Photo: Olé.com.ar

It seems that in this world you never cease to be amazed. And in the little world of football alone. We have seen from players who feign a swoon for not paying a pension to others that end up being arrested by police at half time. The latter case we saw in Brazilian football at halftime of the game of the tournament against Luverdense Matogrossense. The protagonist, Heverton Santos, portero Worker Várzea-Grande.

The Brazilian team goalkeeper juice as normal the first time the meeting. But nevertheless, When he reached the locker room he met members of the Police, they arrested him, the reason? Porter 38 years had not paid alimony for their children according to the newspaper “Olé”. So it ended up in handcuffs. This reminds us when Enner Valencia feigned a swoon to escape ambulance stadium when police was going to stop for the same reason.

The Mexican team that returned the ticket money after losing a match
Brazil 2014: Vucetich began his reconstruction of Mexico with several new features
Best memes of the spectacular performance of David De Gea
Former Real Madrid goalkeeper following underperforming in a great league to 40
Alcoyano can not be traced and falls eliminated before Real Madrid
Footballer was arrested for the alleged murder of his stepson 5 years
Barcelona lost their first league match against Real Sociedad
Five stories and anecdotes of the European Day
Spain, the golden generation of Spanish football
Large thrashings of Valencia in European competition