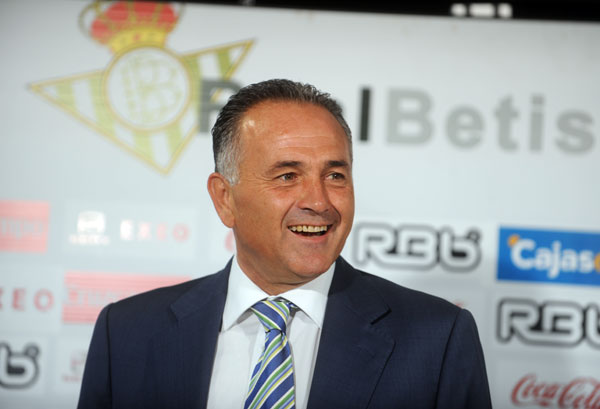 The legendary former player Betis, the Spanish national team and Real Madrid among others was admitted Saturday afternoon 1 Seville October at a clinic suffering from a threat of attack. The current director of institutional relations Betis, of 59 years, It is according to the information stable and out of danger.

Rafa Gordillo was a classic of Spanish football during the decade of the 80 where his unique physical and downs stockings style socks, he was made a classic band Betis and Real Madrid fifth Vulture. Spanish football has shown signs of encouragement for the speedy recovery of former player who some years ago had some problems with heart rate. From Colgadosporelfutbol we wish you a speedy recovery.

The controversial message bético Zou Feddal on the Cup final
Juanma Lillo, master trainers who never gets succeed
The Barcelona, League champion 2012-13
CFF Albacete abandoned match for insulting the referee
Who is to blame for the situation of Valencia?
Guangzhou 4 - Guizhou Renhe 2: Guangzhou achieved the double in China
The elimination of Real Madrid revolutionizes social networks
It publishes an audio Emiliano Sala from the plane he was traveling
Unai Emery is presented as coach of Arsenal in an English homespun
Manuel Pellegrini will be the next manager of Manchester City according to British press