Ronaldo is back in form

Ronaldo is back in form. And not talking about the Portuguese Real Madrid but the Brazilian, Former PSV player among others, Barcelona, Inter or white club itself. If a few months ago, we mentioned here, in Colgados for football, physical decline was seen in the star plunged once ( see here), Today we bring news that is the opposite.

Ronaldo, which reached the 118 kg and a physical state than unfortunate, was introduced into a reality with the intention of losing kg left over you, goal seems to be achieved, under the photographs we can see him.

Former player 37 years, She has lost a whopping 20 kg since September, month in which the first physical tests were conducted to determine their status. Viewing photos, the change is more than evident. See and judge yourselves. 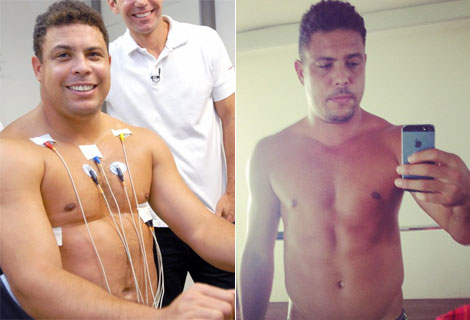