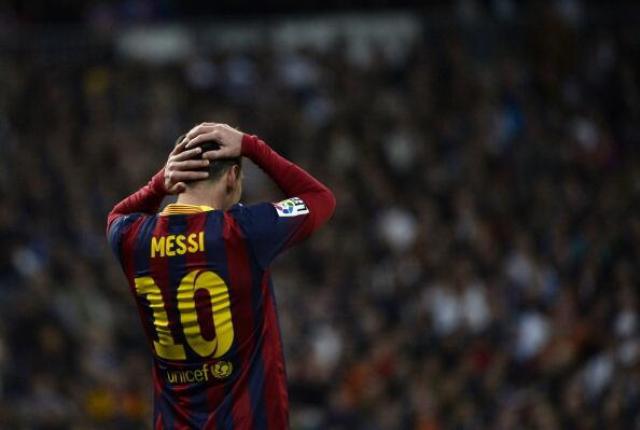 And surely no one should doubt that Leo Messi, It is one of the most important players of this sport in the last three decades, even more, the history of the sport. his records, goals, Played dream, titles and individual awards endorse him. However, there is something that has been happening in recent years, when the time comes for truth, the major events, Messi, does not appear.

It is true that even in his worst season Leo, makes you more goals than many in the prime of his career but it is also true that he, It is in another status, in another category where only a few counted on the fingers can reach. But nevertheless, when more is expected of him and his talent will be less seen. In the last Real Madrid-Barcelona (the classic for peliculeros of the Teles who invent and impose motes at will to sell) played today, Argentina has gone completely unnoticed.

But if we start to go back progressively, we find his little participation in the game of his team and little impact on the World Cup final 2014, not only in the last game but throughout the event where he was given the Golden Ball for the sole merit to mark in the first games that were possibly the weakest teams in the World. From eighths where things got raw, Argentina simply wander the countryside. Even so, FIFA (they will know why), He decided that the Argentine was above players that lined up well over he.

Messi received the Golden Ball World 2014 neither the same creeía.

In the final of Copa del Rey that was played in Valencia in April 2014 Nor he had any outstanding performance or that of 2011, even in the important qualifying for the Champions where Barcelona fell dramatically without the Argentine unbalance the scales as if made in 2009 for example. Up in the World 2010, Messi was dedicated to doing nothing appear relevant. that if, Argentina continued scoring goals and assisting in games where rivals Barcelona thrashed by budget, is it so 10-12 steps below the FC Barcelona club. Mr Thebes things and League.

No one doubts that the Argentine has the potential to be the best, it was the best for a long time but…It is far far from being who was. Age can not be an excuse because Argentina has only 27 years and the possibility of being the biggest guy in the history of the sport, which many believe is already but maybe the server still disagree but his youth could still be. But the big question is…What happens to Leo Messi?.

What happens to Messi recent years?

Five reasons why the Bundesliga is not one of the three best leagues in the world
Carlos candle: the rescue of Mexico
For CD Castellón life goes on
The day that never desire to arrive
Cristiano Ronaldo, the record man Real Madrid
Pep, Mou, Carlo or El Cholo Who is the best coach in the world?
Feat Sporting Gijon
Brazil and Spain will play the final of the Confederations Cup
The endless invasion of Mexican soccer
Del Bosque will continue as Spanish coach: in favor or oppossing?