Skrtel loses consciousness in the party and his partner saves him 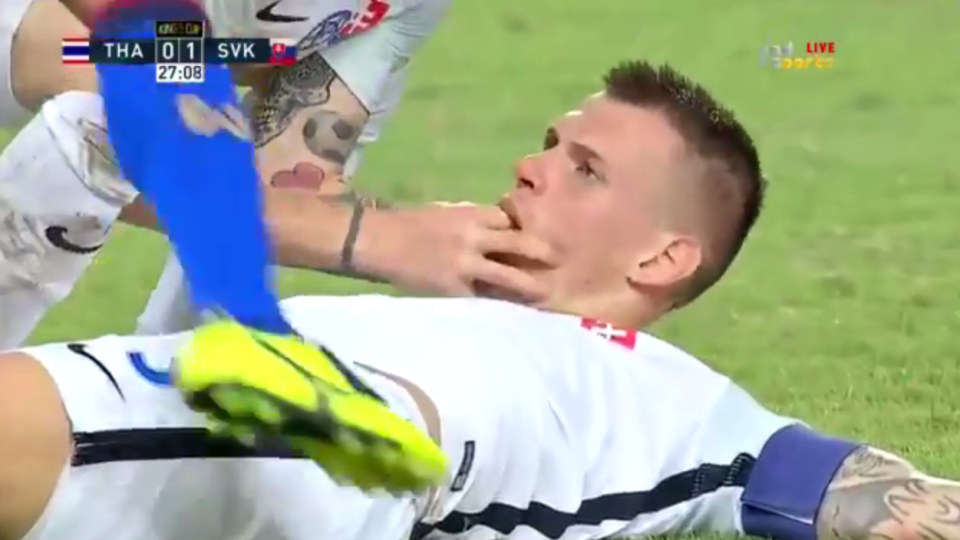 The world of football does not win for frights lately. A few hours after the death of Bruno Boban after receiving a blow from a ball in the chest in a party of the Third Croatian Division, It comes the news of a similar case, Fortunately, He not ended in tragedy.

The friendly match was played between teams from Thailand and Slovakia as a center of Thai Chanathip impacted strongly in the face of Skrtel. Slovak Central instantly collapsed unconscious on the ground game. The quick action of his partner, Ondrej Duda, It was key since he held his tongue to prevent her partner drown her. Soon came the attendances and Skrtel regained consciousness and could even keep playing the game.

Definitely, the current player of Fenerbahce gave a shock to all present and perhaps owes his life to his partner who knew how to act at the right time in the best way.

Rayo Vallecano reinvents itself every summer
Rafa Gordillo admitted for a heart attack
He refereed the opening of Russia 2018 and it will beep the final at the same stadium
Freddy Rincon in search and arrest by Interpol
The four Spanish teams, favorites to win and get closer to the Champions League knockout
Evra lees to Cantona and kicks him a fan of Marseille
England 2-Brazil 1: Lampard bitter debut Scolari
La Liga, the sixth largest investor in league signings
The best 11 of the journey 3 Champions League 2014/15
The three signings that Real Betis has virtually closed for next season