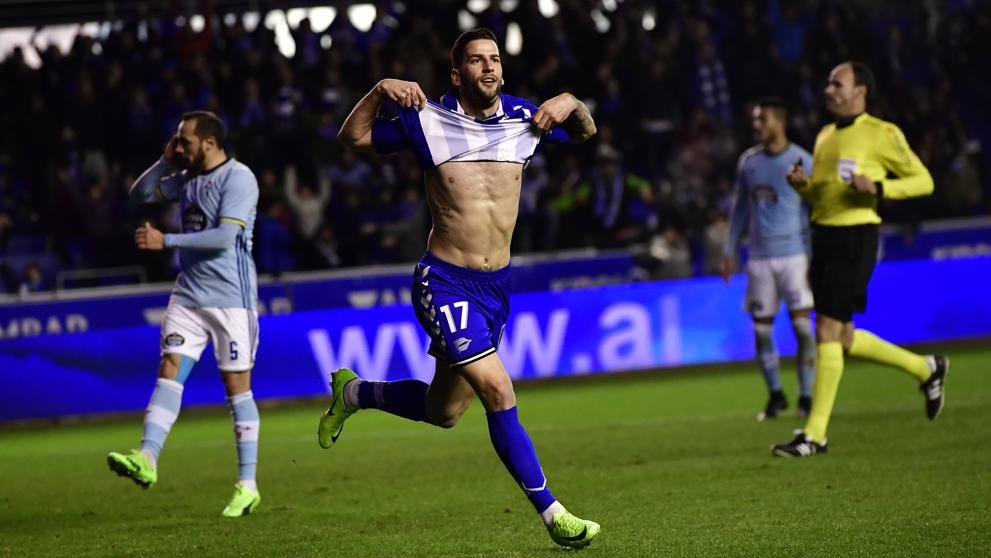 The goal of Edgar Alaves qualified for the final of the Copa del Rey and avenged the celtiña celebration day draw. Photo: The vanguard

Alaves is the surprising finalist in the Copa del Rey and will play his second final for that epic title after the UEFA Cup against Liverpool in 2001 and that the team lost vitoriano 5 goals 4. Mané coaching that team and had players like Tellez, Jordi Cruyff, Carmona, Javi Moreno, Pablo Gómez, Desio or Magno among others and touched the glory, It has been replaced by Flaco Pellegrino and a number of players hungry.

The vitoriano box left in the lurch Celta de Vigo that the promised very happy after eliminating Real Madrid and according to newspaper Marca this video, and held members of the celestial staff its junction with Alaves. In football things they are spoken and celebrated when they get on the field. A good lesson in humility to learn and certainly not repeat.

So the costumes held Celta avoid the 'coconuts’ in the Cup draw https://t.co/Nc0b6TCI2z via @brand

Iceland unveils its 23 squad for the World Cup Russia
Russia 2018, World gatekeepers
Farewell to Valerón, a player of before
Grandparents Spanish League
Several players arrested for alleged League amaños
Muere Bradley Lowery, little friend of Jermain Defoe
The miracle of Llagostera, the new revelation of Spanish football
The possible rigging of the draws of Champions
So are the knockout phase of the Copa del Rey
Valencia defeat to Lille with two goals from Jonas