Telmo Zarra: the best head in Europe after Churchill

Posted By: Alberto LlopisIn: Great players, Made in Colgados1 Comment 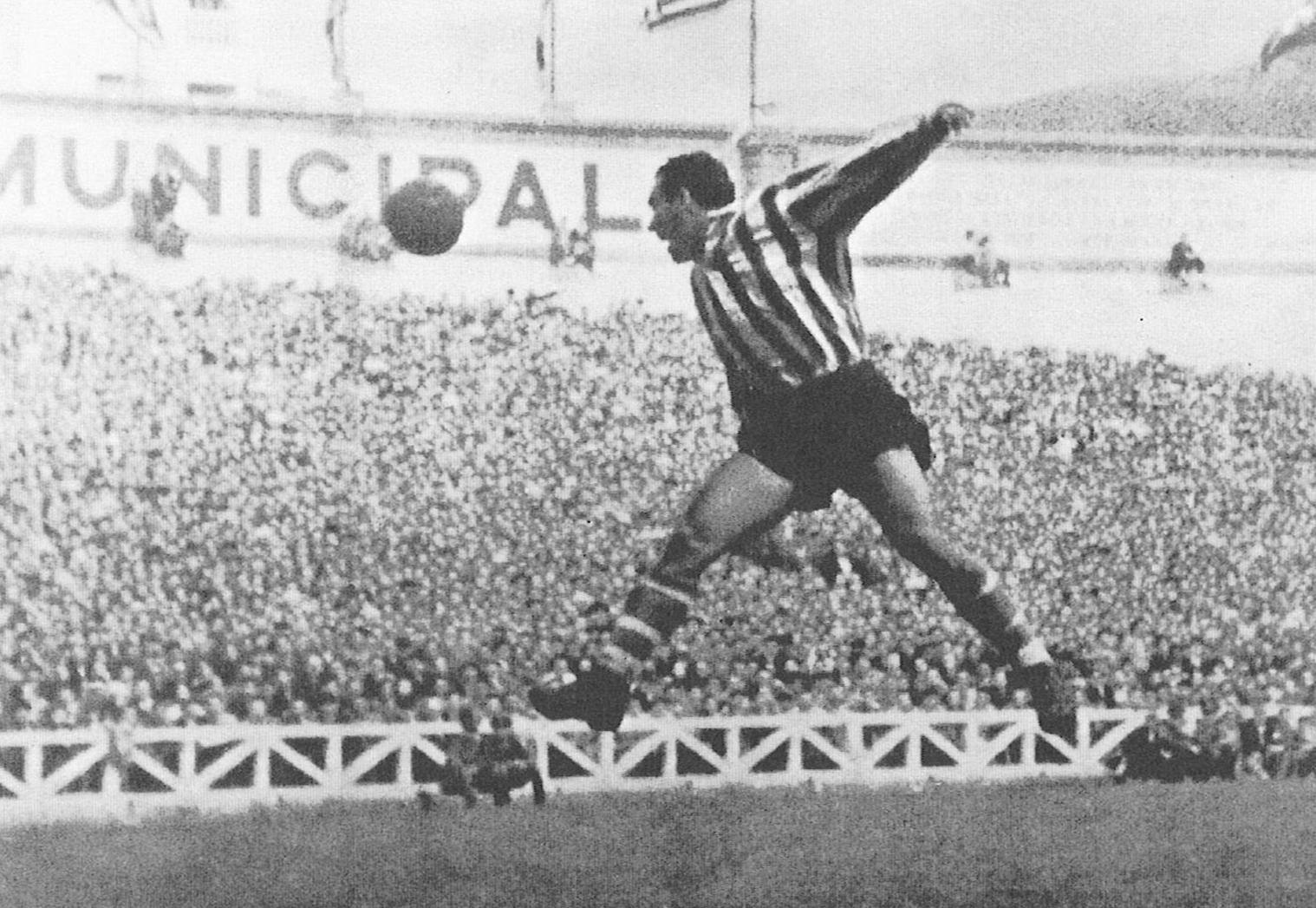 Zarra, the best head in Europe after Churchill.

Admire the best head in Europe after Churchill. So they prayed regarding a promotional posters Telmo Zarra in Stockholm for a party that would pit the hosts against española.Como choice is clear, His specialty was the headers, something that made him famous at the time.

Telmo Zarraonandia Montoya (1921-2006) I always had the goal blood. It was the first major Spanish Pichichi top scorer with permission. With 251 goals, Telmo Zarra is the top scorer in the Spanish Primera Division history.

In a league where they have spent the best players in the world for decades, none of them, He has been able so far to surpass Telmo Zarra as top scorer in the Spanish championship.

In other times where football was romantic, Zarra always remained at the highest level in the club of his heart, Athletic Bilbao. With the Basque team played 352 games overall and scored 333 goals in all competitions. He remained from 1940 until 1956. In an age where they had players like Kubala, Di Stefano and Puskas, Zarra was always the one who set the tone with a goal.

Zarra's goal to England made history

Telmo Zarra is the top scorer in the history of Spanish Liga as we said before, He is the most capped player has won the Pichichi trophy to win it six times and also holds the record for goals scored in a Cup final with four goals, but what's the mythical Basque striker is known for his goal against England in the World Cup in Brazil 1950.

The chronicles of the time relate the play well: Alonso defense selection, He stole a ball and began a meteoric penetration from the side. Benito Díaz, assistant coach of the time, He is bawling in the band asking his player not to let his band orphan.

Alonso desoyendo his coach continued his boarding, He threw the ball on the left, Piru Gainza there appeared to head. England defender cleared Ramsey bad, Hughes and his partner hesitated Zarra appeared between puzzlement to change the direction of the ball and beat England goalkeeper Williams. 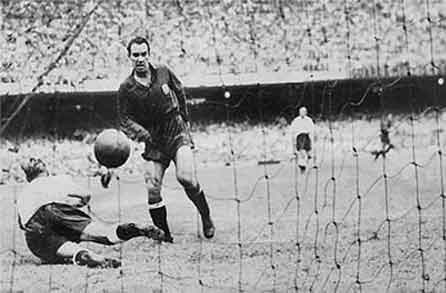 Zarra's goal to England in the World 1950 He made history

The goal was the most famous Spanish football to the goal of, Andres Iniesta gave the World 2010, Sixty years after the deed of Zarra. With permission of the goals that if they gave the other three European Championships.

As we said in our article Gypsies in football, Telmo Zarra was Roma. His parents, They had nine children more Zarra but only succeeded in football. To read the entire article on Roma in the football world you can read here. It will surprise you.