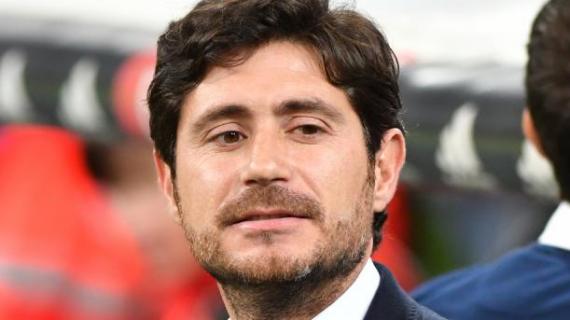 Victor Sanchez was suspended as coach of Malaga after a leaked sex tape of his. PHOTO: Brand

Which are the major sex scandals footballers who have jumped to light? Footballers are young, Millionaires and in what form opens many situations and ways of life as varied and possible. Generally or many of them, often they accompanied by beautiful women which does not leave them free to end or exit marked in the news for various controversies of a sexual nature.

Parties, excesses and many infidelities often surround most of them, Millionaires before 30 years. We recall some of the major sex scandals footballers and some coach.

Victor Sanchez of the Master

The former Real Madrid, Deportivo La Coruna and Racing Santander among others and then coach, He was dismissed from his post as coach of the team malaguista 7 of January of 2020 after becoming public and his viral video showing a close up of his penis.

British extreme skillful playing for Sunderland in the Premier League when he was sentenced to six years in prison 2015 for abusing a minor just 16 years he had met in an Internet chat room. He ended his bones in jail pulling his career and his life on the street.

Paraguayan lush boyfriend Larissa Riquelme when he jumped all light, He was charged with the terrible fact of the rape of a girl 11 Buenos Aires years in between 2014 Y 2016 which cost him an international arrest warrant for extradition.

Karim Benzema always reiterated repeatedly that it was only a misunderstanding and tried to help his partner. The Benzema himself was also put in a complaint and a lawsuit for allegedly had sex with an underage prostitute. In this case he was involved as, another player, the Frenchman Franck Ribery.

Leicester rose to fame in 2016 to make the greatest feat ever recorded in England in recent years, Premier League win. But the summer before this feat, also they came out on front pages of newspapers because of a sex scandal in which players were embroiled Tom Hopper, Adam Smith y James Pearson. The three players were recorded on a video holding a sexual encounter with three women, to further insulted racially.

No more and no less than eight of the Mexican players were stuck in a sexual mess of epic proportions, were suspended while. Reported involved theft of their belongings in the team hotel where Mexicans were housed selected. The investigation revealed that they were prostitutes who had stolen belongings selected at a party that got out of hand. The players involved were Marco Fabián, Javier Cortés, Néstor Vidrio, Jorge Hernandez, Israel Jiménez, David Cabrera, Nestor Calderon and "Jona" Dos Santos.

Ronaldo “The phenomenon” It was always known to be a lover of parties as a good Brazilian who is. And at the end of his career, after a party took a prostitute hotel, who in turn called other two. These two exuberant women were two transvestite. The issue ended with a fight and all those involved in police station.

The list goes on and is so long that possibly have to return with a second portion thereof.

karamoko Dembelé, the umpteenth wunderkind
South Korea, supporting actors, but important in the last World
Sir Alex Ferguson, the man who changed the history of Manchester United
Top scorers in big league
Best memes of the Barcelona-Valencia
Player jinx, three declines in a row
How is football in Logroño?
Footballers when they had hair, if not and vice versa
The five best goalkeepers in the history of Valencia
Five Star will not be in the Copa America Centenario