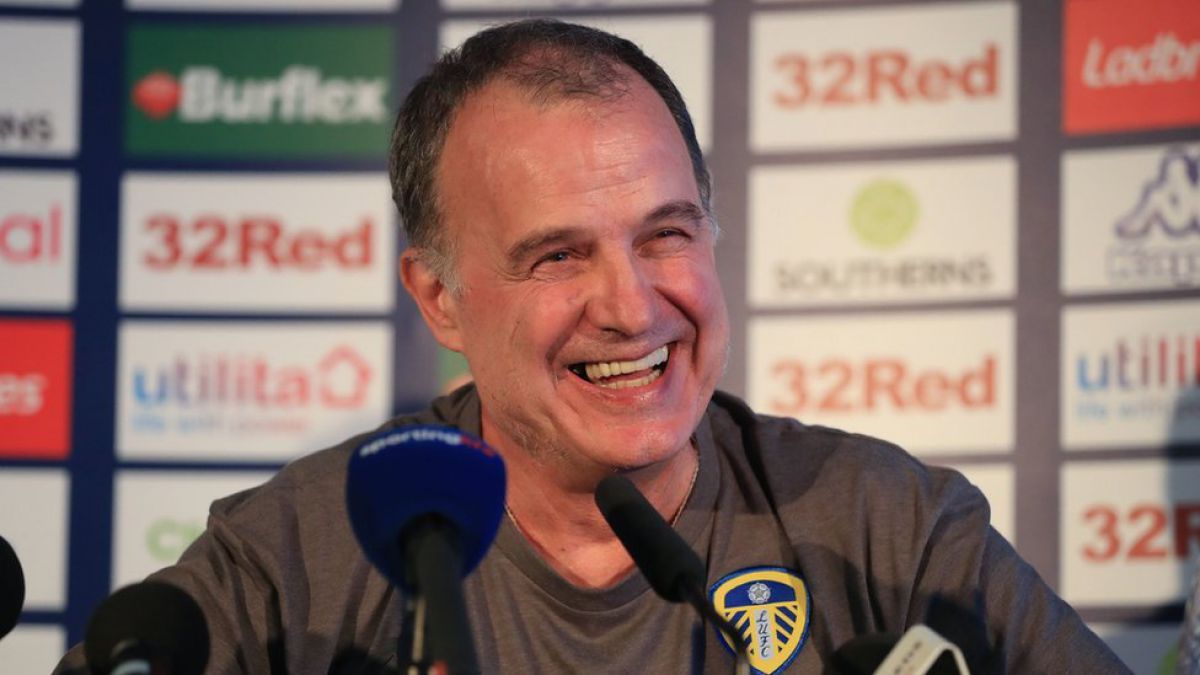 Many were surprised when they saw that everything an English historical, now in second as Leeds United, It was done with the services of Argentine Marcelo 'El Loco’ Bielsa. Few understood that a technical as reputed as the, accept the challenge of coaching in the second category of English football. The truth is that several months later the team is like a shot, wins and convinces. But Bielsa has again surprised with a humbling and life in a news conference.

In his appearance before reporters at the pre-game of the Championship against Norwich City, Crazy, the thread of how important it is for a coach to convince a player of his ideas, He recalled an old chapter with Hernan Crespo, former striker for the selection of Argentina, who to the surprise of everyone especially for the time passed since that, he used to ask public apology.

“I'll tell you a grave mistake I made, It must be one of the mistakes that can not forgive me. I happened to lead a great attacker center, Crespo. He was a very generous player, I had to direct it at two points: when he was maturing and a second time when he had matured”, He began exposing.

“When he was maturing, I once said that he considered a mature player but he was lying, He is trying to strengthen their self-esteem by assigning a feature I did not think he had. When time passed and truly mature, I said 'what current maturity yours, 're not the same as you were before ', and he said 'how? if you had told me that was already consolidated, then you cheated on me, You told me before that I was solid and did not think it was solid '. It never forgave me and rightly” he said emphatically.

“I learned to always something I already knew: If you deceives a child to get some product that momentary and artificial strength, It will have solved the problem of that time or that day, but there will be weakened thereafter, because they will be convinced that he is in a way that really can only be for a short segment”, sentenced one Bielsa which again left a new life lesson.

Romario is linked to a friend of his daughter
New York Cosmos: the return of a classic
The top five strikers in the history of Mexico
Quarry Barcelona World Russia 2018
Newcastle chairman arrested hours after promotion to the Premier
Farewell Sir Alex Ferguson on his last day at Old Trafford
It is the most feared team Tigres of America?
Precedents of the Spain-Chile in the history of the World Cup
sports, a new trend in betting
Burak Kara, footballer and "jihadist"