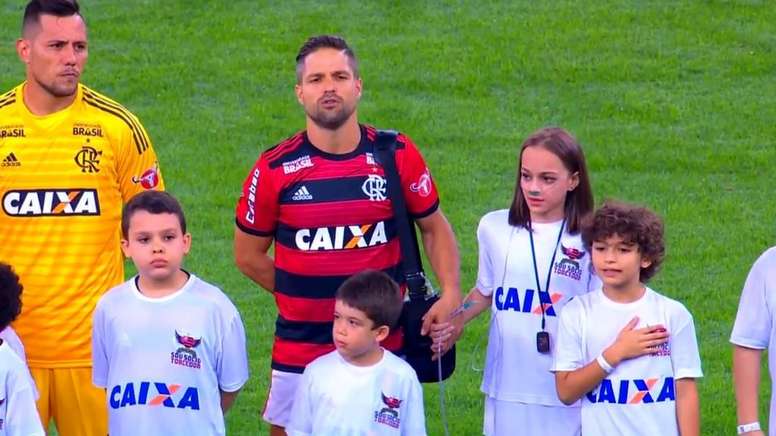 The great gesture that had Diego's former Atletico with this girl who helped. Photo: Globe Sports

For their relevance and their impact, especially in younger, Footballers are always more than people in the eyes of the people. Some, live in your bubble and are real divas although most, They are usually closer and humans. This was demonstrated by the Brazilian Diego, former Atletico Madrid with a gesture that was not lost on anyone in the match between Flamengo and Sao Paulo.

The footballer now Flamengo, He jumped into the field of the hand of a girl who needed a ventilator. Diego took the respirator young and slung over his shoulder as he carried her hand and formed during performance of the anthems before the match start. The girl, excited, lawn and walk in front of the full stadium, could enjoy the moment.

A real crack! Diego entered the ventilator apparatus with the girl who used to cumplirle dream of being on the court 👏pic.twitter.com/3Gd7ErP8Ju

A situation that should be as normal but as we said before, sometimes and in some cases, footballers often live in their own world and forget that as normal with small gestures like these, They can help someone to live one of the best moments of his life. Because, the great Diego gesture was not lost on anyone.

Manchester City 2-Manchester United 3: Rooney and Van Persie make the difference
Are we witnessing the worst Brazilian history?
Valencia 2 Levante 2: distribution of points in the Valencian derby
They add up 3 more arrested in the case and the figure Eldense and up to five
Indian football, the new golden retirement of old glories
The Onion takes another win at Atletico, Bielsa Bilbao loses again
Kempes fired as ambassador Valencia
Five stories and anecdotes that leaves us the European Day
Newcastle chairman arrested hours after promotion to the Premier
The death penalty 21 condemned by the tragedy of Port Said