The most popular clubs in America

Posted By: Alberto LlopisIn: Made in Colgados, News 2No Comments 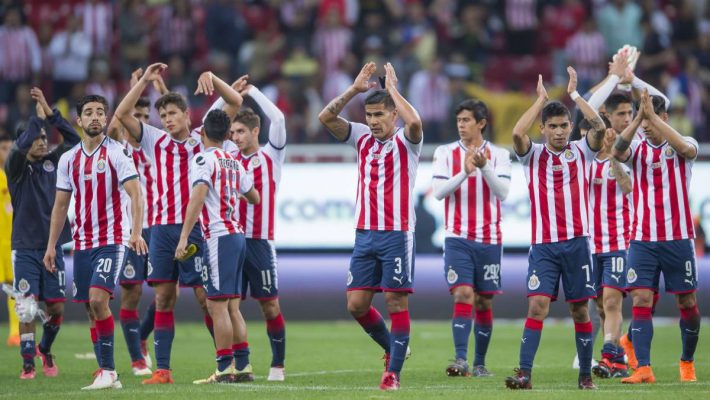 Chivas is one of the most popular teams in America. PHOTO: Goal.com

In Latin America soccer live with passion, almost like a religion or a way of life. There are many clubs in that area of ​​the world with hundreds of thousands of followers on social networks. Such things are part of the requirements that are looking to measure the popularity of a club. But nevertheless, there are different perceptions of how to measure the popularity of clubs and as is obvious, often it seems more subjective than objective. there are surveys, official lists, unofficial…I talked a little of this. The most popular clubs in Latin America.

These are the most popular clubs in South America, although this list, They do not include equipment in North America (especially Mexicans) or Central America. 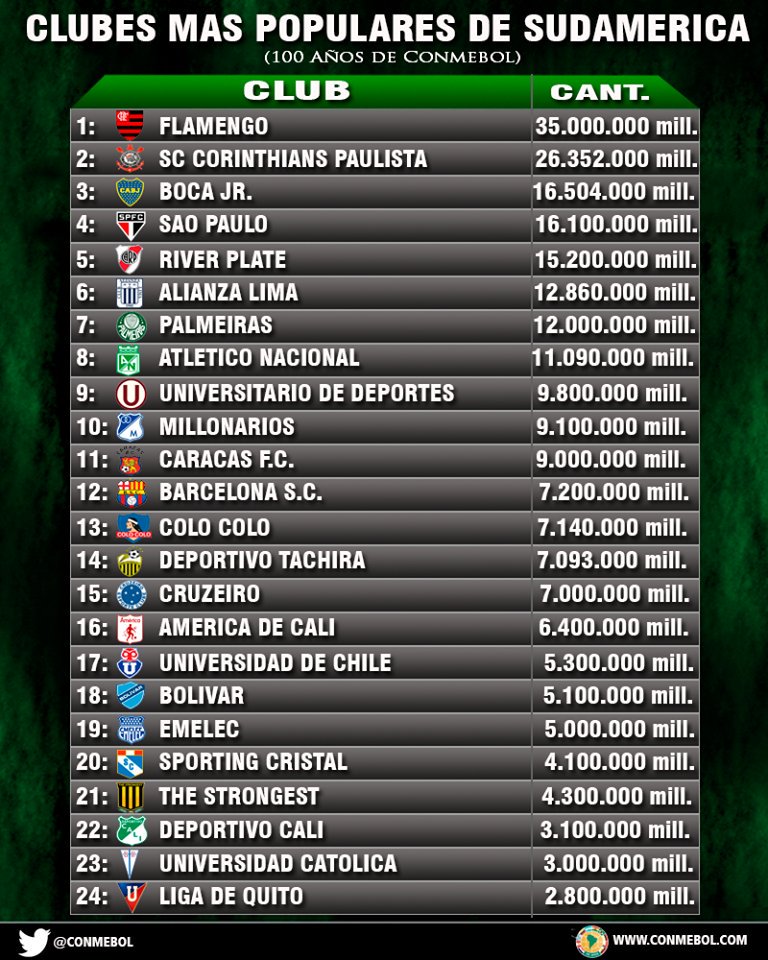 According to the CONMEBOL these are the most popular clubs in Latin America. Photo: CONMEBOL

ACCORDING TO THE SALE OF T

And in your opinion what are the 10 More popular?

Sir Alex Ferguson, the man who changed the history of Manchester United
Can compete with the big Napoli in the Champions?
The "British Home Championship", Four Nations Football
The ten best Argentine players of history
What were they and how are Barcelona and Ajax before and after Cruyff?
Top Stories of the World Cup 2010
Google Glass will revolutionize the world of football
Valencians best players ever
Players with more World Cups Played
How is football in Togo?