Who is better Atletico and Valencia? “Valencia” 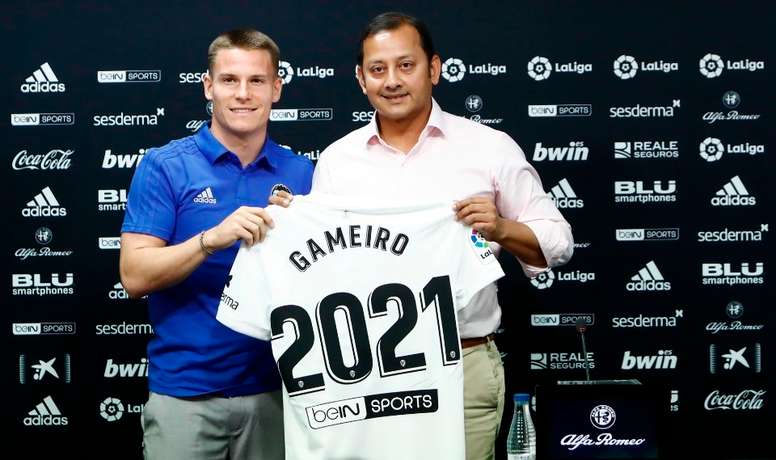 Gameiro left some pearls in his presentation as a Valencian player. Photo: Valencia CF

Kevin Gameiro was presented as new player of Valencia and left no one indifferent in his first press conference as Valencia player. The French, from Atletico Madrid, where he has not had the confidence of Diego Pablo Simeone in the last two seasons, He left some pearls in the press conference that the Mestalla club organized to present it as footballer club Valencia.

“I took six seasons winning a title when the season is over and I hope the same thing happens in Valencia” Gallo said that no not hesitate to say that “will mark 20 goals”. Asked if held if he scores at Atleti, the French responded that “still he had not decided”. He also hinted that Simeone would have expanded his signing as Valencia not to play the next match between both teams week and always knew I wanted to go to Valencia.

But the star was the answer he gave when asked who was better, Atletico and Valencia. The small French striker did not I walk through the branches nor was diplomatic. “Valencia” He said flatly, something that certainly, He will not sit well within the colchoneros.

To top it said that I had wanted to go to a big team, perhaps he is ignoring his past as Atletico Madrid and Sevilla with which won several titles.

historical record of the Royal Society amazing at La Rosaleda
Leicester City, a history of gambling and casinos
Pepe, ankle surgery, for a month
An amateur punished a year without entering a stadium, decides to get on a crane to see his team..
Manchester United beat Queen's Park Rangers; Arsenal Aston Villa
Wolfsburg Bayern thrashed with great Robben
Ten images of life of Alfredo Di Stéfano
The Ballon d'Or Messi: tribute or injustice
The oldest player in the league 2014/15
Bullets kill the captain of South Africa